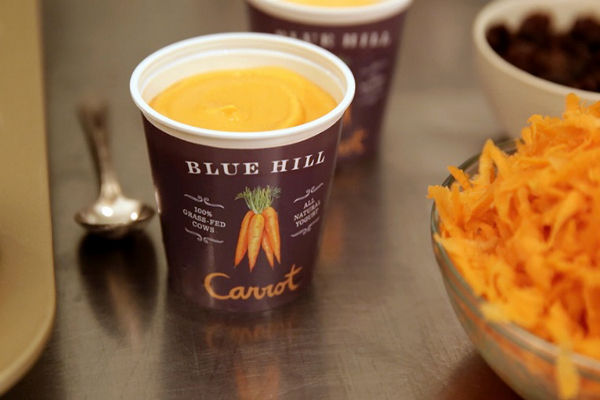 FoodNavigator-USA recently picked its list of 10 food and beverage entrepreneurs to watch in 2014 and some of the entrepreneurs are finding profit in healthful, innovative, inspiring food trends.

This is the third in a series highlighting the best of FoodNavigator-USA’s list of 10 food and beverage entrepreneurs to watch in 2014.

Food Navigator’s third F&B entrepreneur is none other than David Barber, President of Blue Hill. Barber is one of the siblings behind highly acclaimed Blue Hill restaurant in New York City and Blue Hill at Stone Barns in Westchester County, NY,  and is bent on shaking up the yogurt category with a new line of savory vegetable yogurts.

The decision to launch a line of savory yogurts from milk from 100% grass fed cows was a natural extension of Blue Hill Farm’s dairy operation since the farm was a working dairy from the 1860s through 1960s. The idea for savory vegetable yogurt flavors came from chef Dan Barber’s — David’s brother — who has been experimenting with making yogurt from the grass-fed cow milk from Blue Hill Farm for years. For example, Blue Hill’s recent offerings includes Apricot Pit Yogurt with Hazelnuts and Tomatoes. The new savory vegetable flavors allow them to source all their ingredients from local farmers they know in the Northeast.

In an interview with Food Navigator, Barber predicts that more savory yogurts will be coming to markets near you. With a fraction of the sugar of common yogurt, but almost the same sweetness, Americans are sure to catch on to savory yogurts.

Check out this carrot oatmeal muffin recipe created to compliment the launch of their savory vegetable yogurts.  Several other mouthwatering recipes and videos can be found on their website bluehillyogurt.com.