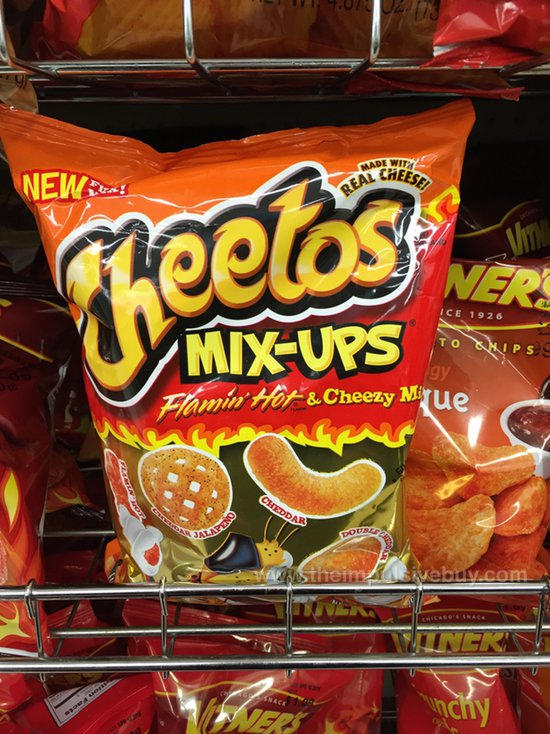 Flamin’ Hot Cheetos—the spicy, cheesy, leave your fingers day-glow orange while your stomach burns flamin’-hot snack loved by children and adults alike—is as healthy a food as is the Twinkie. But according to recent federal guidelines on healthy snack options for children, Flamin’ Hot Cheetos now qualify as a “Smart Snack” in our nation’s schools. A snack they may technically be, but smart?

According to NPR, the Flamin’ Hot Cheetos making the cut in the new federal guidelines have been reformulated to contain less fat, less salt and more whole grains than the commercially sold version. And while experts agree that even a “healthier” version of the Flamin’ Hot Cheetos does matter, it should probably not be among the best-selling “Smart Snack” choices for school children. But it is.

Marion Nestle, New York University nutrition professor told NPR that if you set up nutrition standards, “the food industry can do anything to meet those standards, and this is a perfect example of that. So this is a ‘better-for-you’ junk food and, of course, the question is, is that a good choice? And no, of course, it’s not. ” It’s kind of like taking the cream filling out of the Twinkie and replacing it with peanut butter and saying “see, now it’s healthier.” Technically it’s a smidge healthier than its previous incarnation, but that doesn’t make it a healthy snack.

What’s more, the reformulated Cheetos aren’t just appealing to the students. According to NPR, Cheetos “can deliver plenty of green,” particularly for schools with tight budgets. “In Chicago, schools get a 20 percent commission on all sales. So why not stock this teenage favorite?”

Why not? There are quite a few “smart” reasons why not, the most obvious one being that most children won’t be able to tell the difference between the reformulated Flamin’ Hot Cheetos and the regular kind, which are going to be a lot easier to find off campus. So, while the reformulated version comes across as a healthy reward, and companies should be applauded for taking the steps to reformulate, it’s actually more like a teaser for the real thing—ensuring a destination for allowance dollars.

The reformulated Cheetos also do another disservice to children—and to healthy snacking—by serving as a stand-in to truly smart snacking: fresh food. Want a really healthy day-glow orange snack? Eat carrots. Want them super spicy? Douse them in a jalapeno hummus or a fresh salsa.

Flamin’ Hot Cheetos made with whole grains or not doesn’t come close to delivering a smart healthy snack. It perpetuates a craving for excessively artificially flavored salty snacks and further disconnects children from the taste and flavor of real foods.

The U.S. Department of Agriculture, which administers the program, told NPR that its new Smart Snack standards have “helped kids across the country eat healthier.” But if Flamin’ Hot Cheetos are the example of healthy eating, then it’s a program that needs to do some homework and figure out a better, “smarter” way to excite children about eating real food.