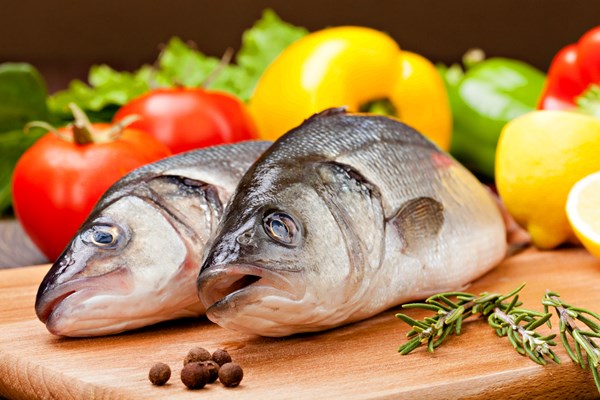 “Freedom of Religion: It’s a Thing, Even for Inmates” — The Law

Howard Cosby was convicted nearly a decade ago of a violent act; in prison he became a practicing Buddhist, adopting vegetarianism for ethical reasons in accordance with Buddhist principles of nonviolence.

Three times a week, prison officials assure Cosby that fish flesh isn’t what it is — a clear violation of his conscience, based on spiritual principles — and include it in his meal plan. Cosby reached out to PETA for help towards avoiding dead sea creatures in his food, as ABC news reported last week:

The organization sent a letter to warden Scott Erfe on Tuesday asking that fish be removed from Cosby’s diet under the federal Religious Land Use and Institutionalized Persons Act. The law, passed in 2000, requires that prisons avoid imposing substantial burdens on inmates’ religious exercises.

Prisoners are stripped of many rights upon conviction, but there’s no question that our legal system guarantees the right to free practice of religion even after an individual enters the prison system — correctional facilities have a legal obligation to meet prisoner’s nutritional needs without forcing them to violate religious convictions:

The great weight of authority from around the country holds that inmates “have the right to be provided with food sufficient to sustain them in good health that satisfies the dietary laws of their religion.”  Ward v. Walsh 1 F.3d 873, 877 (9th Cir. 1993), quoting McElyea v. Babbitt 833 F. 2d 196, 198 (9th Cir. 1987); see also Bass v. Coughlin, 976 F.2d 98 (2d Cir.1992) (per curiam) (clearly established for qualified immunity purposes that “prison officials must provide a prisoner a diet that is consistent with his religious scruples”)…

Moreover, the guarantees of the First Amendment are not limited to beliefs shared by all members of a religious sect.  Id. at 715-16, 101 S.Ct. at 1430-31. Instead, plaintiff is entitled to invoke First Amendment protection if his religious beliefs are sincerely held. Frazee, 489 U.S. at 833. 109 S.Ct. at 1517 … Furthermore, an individual’s genuine and sincere belief in religious dietary practices warrants constitutional protection. See Martinelli, 817 F.2d at 1504-05…

The relevant correctional powers that be are reportedly considering the issue, to decide whether to comply with existing law regarding religious freedom for inmates as it pertains to diet — and presumably doing a quick bit of research on 3rd-grade biology, specifically the classification of living organisms.

No Garden Ever Grows Fish Plants

In case anyone reading this shares the ongoing confusion about whether fish flesh is or isn’t an appropriate ingredient for vegetarian dinners, let’s just lay those questions to rest with a simple dictionary consultation.

fish: 1. (a) an aquatic animal —usually used in combination <starfish>  <cuttlefish>  (b) any of numerous cold-blooded strictly aquatic craniate vertebrates that include the bony fishes and usually the cartilaginous and jawless fishes…

How we talk to other individual people about veg*nism matters. I’m the first to counsel patience, when it comes to what individual people call themselves. If you say you’re vegetarian, but sometimes eat fish — well, ok, that’s one of those annoying things in the world, but I’m not going to give you full-on grief about it. When that happens, what I see is someone TRYING.

If someone identifies with the vegetarian community, but isn’t completely vegetarian or vegan (yet!), well hey: no one’s perfect, and we all move at our own pace through the evolution towards more conscious eating. I will smile and say, ‘Yeah, I used to eat aquatics too, before I went all the way to vegan eating… I’m always glad to see people exploring vegetarian cooking — even with pescatarian departures, it’s a good start!

I don’t care what you call yourself, I care what you DO, and — whatever name you use — if you eat more plants and less animals, I say ‘Woot!’

But obviously fish don’t grow on vines or shrubberies, they don’t make their own food from sunlight, they do have spinal chords and vertebral columns, they have central nervous systems, they mate to reproduce, they bear eggs (or in the case of sharks, live young), they have hearts and brains and blood and guts; they are, in short, animals.

Vegetarians don’t eat dead animals — it really is that simple!

I understand why individual human beings might be confused about this, thanks to the Catholic church muddying the waters (no pun intended) by classifying fish as ‘not meat’ during religious fasts, for all those centuries since its inception. Early Vatican policy-makers, though — unlike 21st-century prison-system professionals — didn’t have access to basic science education, or 3rd-grade biology materials about the difference between plants and animals. It’s disheartening to see such institutionalized ignorance in the modern age, especially when it surfaces in the domain of basic human rights.

The question of religious freedom cuts to the core of our values, as a nation, and should be protected in and of itself. But this issue also begs consideration from a practical perspective: if formerly violent offenders decide they want to practice nonviolence three times a day, every day, by making compassionate choices at mealtime… is there really a downside? Isn’t that something we should encourage, for purely socially selfish reasons?

Pilot programs have shown lower recidivism rates among prisons that used veganism as an intervention strategy, along with other rehabilitation opportunities. Do we really want to pretend there’s no connection between nonviolent habits and nonviolent behavior?

While there’s absolutely no question that dead fish can’t be transformed into vegetarian ingredients by simply calling them such, the questions surrounding freedom of religion and freedom of conscience —  especially where a previously violent individual is seeking out a thrice-daily meditation on nonviolence — deserve our attention, reflection, and action.

In a 2010 article, legal professor and attorney Sherry Colb did a brilliant job of summing up all the reasons prison officials should comply with conscience-driven requests for flesh-free meals — read, reflect, and share with CT prison officials at your discretion:

Learn more about issues surrounding (even mythologically ‘sustainable’) ‘seafood’ here; vegans in prison here; and if you’d like to contact the prison in question to share your thoughts on the subject of inmates’ religious freedom and diet, go here.