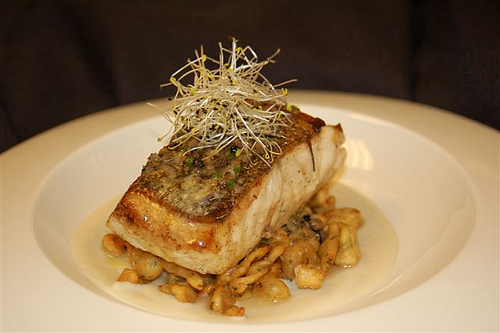 The Boston Globe is the latest organization to conduct an investigation into fish fraud to find out how much of our seafood is mislabeled. They found that nearly half of the fish tested were labeled incorrectly. Legislators in Massachusetts are reacting.

The Boston Globe’s investigation covered 183 samples of fish purchased from 134 restaurants, grocery stores, and seafood markets across Massachusetts. After sending the samples away for DNA testing, they found that 87 were labeled incorrectly and that most were of a less expensive variety of fish than the reporters had ordered.

Of course, anyone would be upset to find they had paid for an expensive fish and received something much cheaper. But some of the fish substituted, such as escolar for white tuna, could actually cause gastrointestinal distress.

In a similar investigation recently conducted by Consumer Reports in New York, New Jersey, and Connecticut, they found that tilefish was often substituted for grouper. Tilefish averages three times the amount of mercury of grouper.  When Clemson University looked into eco-labels earlier this year, they found that some fish marked as sustainably fished were either not from a sustainable fishery or were a different species.

Massachusetts legislators, both and state and national, are reacting to the investigation by asking the Federal Trade Commission to strengthen seafood inspections and labeling requirements.

Congress has two bills pending that would give direction to the Federal Trade Commission, the FDA, and NOAA to put an end to fish fraud.

S. 52 – International Fisheries Stewardship and Enforcement Act is a bill that directs the Secretary of Commerce and the Secretary of the department in which the Coast Guard is operating to enforce specified laws concerning fisheries and fish products.

Contact your Senators and let them know you want seafood labeled properly.