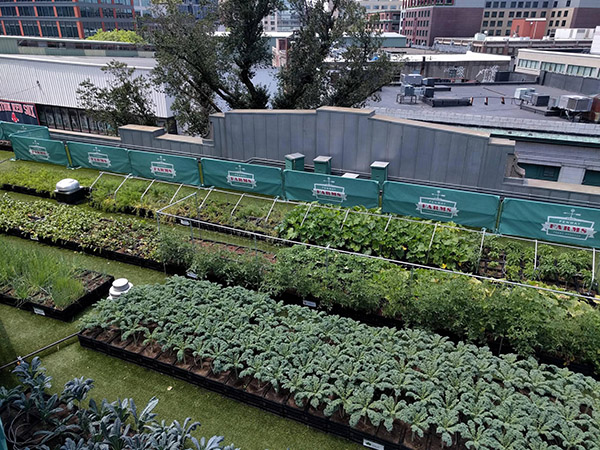 Fenway Farms is producing 4,000 pounds of fresh fruits, veggies, and herbs on the rooftop of the baseball stadium.

There’s more to the garden than the yummy foods that are harvested, too. The environmental benefits include improved air quality, energy reduction through improved thermal performance, moderation of urban heat, and storm water amelioration.

In effect, the garden acts as an insulator, reducing heat and cooling needs to the building below. Importantly, Fenway Park Farms also serves as a teaching tool for area youth on the importance of healthy eating and the local environment.

Related: The Art of Gardening in a Small Space

The last time we Red Sox fans heard about gardening in the park was in 2001 when Red Sox bullpen coach, John Cumberland, who grew up on a farm in Westbrook, Maine, started a tomato garden in the home bullpen to change the team’s karma. It seems to have worked, as the team went on to win the World Series in 2004. 2007, and 2013. Cumberland grew 18 plants and put sweet basil between each one.

Recover Green Roofs and Green City Growers, both local companies, installed and planted the first season of Fenway Park Farms in 2015. Garden planter containers and irrigation system help the garden to flourish during its growing season. It’s the best of city, baseball, and greenscape, all rolled into one.

Photo Credits: Beekeeping  and courtesy of the Boston Red Sox