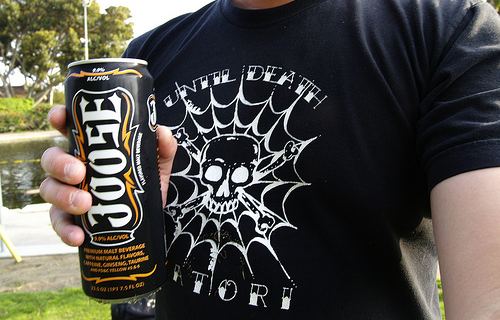 To date, there is not any real, scientific evidence that caffeinated alcoholic beverages are more dangerous than regular alcohol beverages; however, it is said that caffeine can make one feel more alert and able to perform a task, such as driving.

Combining this effect with teenage stupidity can be a bad combination, I agree, but banning a drink doesn’t get to the root cause of the problem.  Teenagers always do stupid things, so they will drink something else if this is banned.  Clearly, banning things doesn’t work because isn’t alcohol already banned for teenagers?  Huh.  Maybe we should teach a little bit of responsibility rather than banning everything that could be dangerous…

The sketchy marketing tactics of these companies should perhaps be better regulated so that these types of drinks are labeled in a clear and consistent way and aren’t underhandedly marketed towards younger, inexperienced drinkers.  If this happened, it’s likely that these companies would go out of business anyway.  I mean, how many  of-age drinkers actually drink 4 Loko regularly?