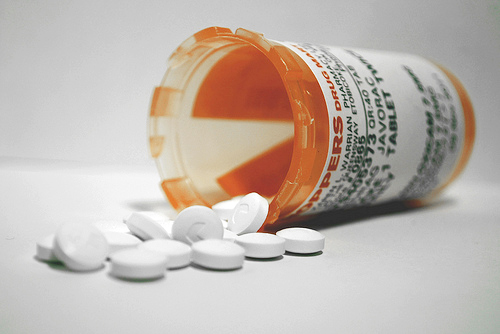 If approved, Qnexa will be the first new weight loss pill to hit the US market in over a decade. The FDA rejected it in 2010 due to a number of potentially serious side effects, including elevated heart rate, psychological problems, and increased rates of birth defects among women who became pregnant while using the drug. One Qnexa ingredient (phentermine) comprised half of the dangerous weight loss regimen known as  ‘Fen-Phen,’ responsible for heart and lung damage for many dieters in the 1990s.

Qnexa was recently resubmitted by Vivus, Inc. for FDA approval — with more data, but no alterations to the drug — and this time seems to be on track for approval and marketing. A final FDA decision on the drug is expected by April of this year.

…the group stressed that the drugmaker must be required to conduct a large, follow-up study of the pill’s effects on the heart. Studies of Qnexa show it raises heart rate and causes heart palpitations, a longtime concern with diet pills over the years. The group of experts said it is still unclear if those side effects lead to heart attack and more serious cardiovascular problems…

In a key question, the physicians said Vivus could conduct the cardiovascular safety study after FDA approval.

Yes, you heard right! Complete safety testing will likely be done AFTER the FDA has approved Qnexa for use. Otherwise, “a requirement to conduct the study ahead of market approval would cost the company millions of dollars and take at least three more years.”

Does that sound like a really great reason to endanger consumer health, or what?!

Idea: maybe — just hear me out, now — maybe we should determine whether it’s safe for people to use BEFORE approving it. Wouldn’t that be, like, better?!

Even better yet, let’s ditch the whole ‘dieting‘ scene, and focus on building a healthy body (of whatever size). Eat lots of fruits and veggies and whole grains, not overprocessed nutrient-stripped edible food-like substances. Find a way to move that makes your muscles feel alive the next day — even mild exercise, done regularly, benefits your heart, mood, brain, and blood sugar, as well facilitating healthy body weight. And unlike ‘dieting,’ the benefits can be lifelong!

‘Healthy’ is a better goal than ‘skinny,’ and you just don’t get healthy from a pill bottle. Americans love the magic-pill approach to problems, and that makes a pretty penny for those who make the allegedly magic pills. But that doesn’t make ’em the best solution!

For individuals with intractable obesity that might truly warrant pharmacological intervention… is this really the best that modern medical science has to offer? Really? Approve it, then test for safety, then recall it when it causes (heart damage, stroke, lung damage, whatever) down the line?! That’s just… demented.

The problem is well summarized in a recent Forbes article:

…if you take Qnexa, you’re essentially allowing yourself to be a bit of a guinea pig in the watch for side effects, just as the early takers of Phen-Fen did.

In the panel meeting two days ago, members discussed whether Vivus should conduct further studies before or after approval. The FDA is due to decide on Qnexa by April 17. For its part, Vivus is asking to start a four-year trial of the affect of Qnexa on cardiac health after the FDA votes whether or not to approve the drug on April 17th. Is it just me, or does that seem bit backward?

Watch for the FDA’s decision in April, to see whether they’ll prioritize consumer safety or pharma-corp profit margin. Sadly, one of these outcomes would be a great deal more surprising than the other.