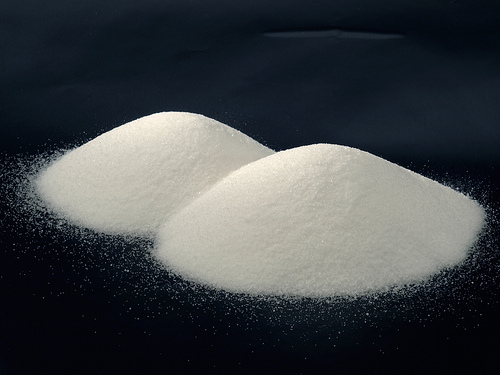 Salt is a major factor in hypertension (high blood pressure), which is a cause of heart disease. While some sodium occurs naturally and is a necessary nutrient, over 75% of the salt consumed in American diets is added artificially, particularly to prepackaged foods.

The current recommended daily tolerable upper intake level is 2,300 mg of sodium for most people. The adequate intake (the amount that is believed to be adequate for the body to function) is 1,500 mg. The average daily current intake for Americans is about 3,300 mg daily, which excludes salt added at the table.

The FDA is looking to lower to salt content of prepackaged and manufactured food as a way to help reduce people’s salt intake. They would like to:

‘‘reduce daily sodium intake to less than 2,300 mg and further reduce intake to 1,500 mg among persons who are 51 and older and those of any age who are African American or have hypertension, diabetes, or chronic kidney disease.’’

The 1,500 mg recommendation applies to about half of the U.S. population.

There have been several attempts to increase public awareness about salt intake, notably that sodium content must be displayed on nutrition labels.

Food industry also plays a role. It is a balance between giving people something that tastes good (salt) and something that that will meet consumers’ desires to eat healthfully (less salt).

For example, in order to reduce the salt content of potato chips, PepsiCo is looking to redesign their salt granules used in order to keep the same taste but minimize the amount of salt ingested. It’s quite interesting and that article is worth a read.

This is only laying the groundwork for sodium reduction. There is still much research to be done.

According to the Notice in the Federal Register,

“FDA and FSIS are particularly interested in research that will help both organizations understand current and emerging practices by industry in sodium reduction in foods; current consumer understanding of the role of sodium in hypertension and other chronic illnesses; sodium consumption practices; motivation and barriers in reducing sodium in their food intakes; and issues associated with the development of targets for sodium reduction in foods to promote reduction of excess sodium intake.”