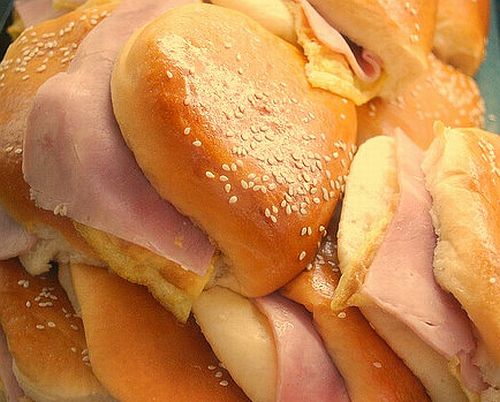 The FDA Food Safety Modernization Act (S.510) is sitting in the Senate right now. It’s already passed the House and with the giant egg recall, the risk of typhoid in ice pops, and a deli meat recall at Walmart involving 1.5 million ready-to-eat sandwiches, now would be a good time to get this one passed.

The FDA Food Safety Modernization Act is intended to amend the Federal Food, Drug, and Cosmetic Act with respect to the safety of the food supply. It’s actually a fairly short bill with only 278 pages, but it does an excellent job of addressing the weaknesses of the current system.

The FDA Should Have the Power to Prevent Outbreaks, Not Just React to Them

Currently, the FDA does not have the power to prevent an outbreak of foodborne illness. The FDA can only react to a suspicious rise in illnesses. Only after more than 1300 people fell ill from salmonella poisoning and the FDA limited the possibilities to a very few egg suppliers could the FDA inspect Wright County Egg and later Hillandale Farms. Likewise, only after a typhoid outbreak occurred in California and Nevada could the FDA move to inspect production plants.

The FDA would also be given the power to shut down any food facility that is not in compliance with science-based regulations designed to prevent foodborne illnesses. Right now, the FDA cannot shut down a facility that is spreading salmonella. Wright County Egg and Hillandale Farms issued the recall voluntarily. The FDA also cannot force them to clean up their facilities. Wright County Egg is a repeat offender and there’s no reason to expect them to work to prevent future outbreaks.

Who Pays For Improving Food Safety?

Which brings us to the next part of the bill. Everything in the bill – inspections, creating science-based standards, food recalls – is paid for by the companies being inspected. If the FDA has to perform repeat inspections because a company is not cleaning up its act, the company foots the bill for the inspections.

A manager’s amendment was recently added to protect small farms. An exemption has been added for small food businesses. Basically, if a business (farm, restaurant, roadside stand, etc.) did not have to register under the Bioterrorism Act of 2002 as a food facility, then the business will not be affected by this bill.

The science-based minimum standards that will be established by the FDA cannot conflict with organic regulations. The FDA must consider different growing, production, and harvesting techniques and can exempt small businesses that grow or process that pose very little risk of foodborne illness.

Let your senators know what you think of this bill.

Image by IronMal, used with a Creative Commons license.