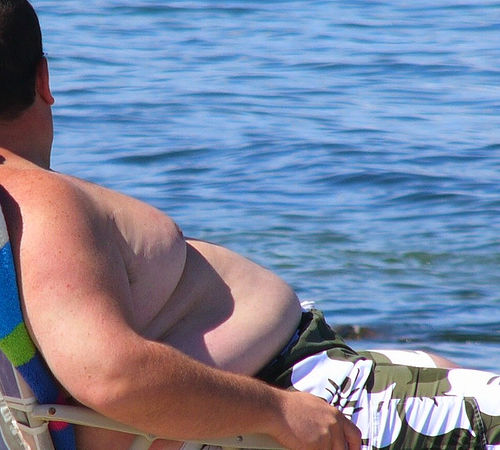 I don’t know if you’ve heard, but Denmark is being a world pioneer yet again (it is a world leader in wind power, bicycles, and more) — it is implementing a “fat tax.” The tax is actually on fatty foods… not fat people. The tax applies to all foods that include more than 2.3% saturated fat (saturated fat is most commonly found in animal products — meat, butter, etc). It’s ironic that Denmark is the first to implement such a tax, given that Danes are much less obese than the average European, and Europeans are much less obese than the average North American. However, Denmark’s average life expectancy has fallen below the international average, 79, and saturated fats gave been linked to cardiovascular disease and cancer.

How Does the Fat Tax Work?

The revenue raised from the tax is, logically, supposed to go into obesity-fighting programs.

Denmark is the first country to impose such a tax, but several others are reportedly close behind it (i.e. Finland and Romania). Denmark, Switzerland, and Austria have also completely banned trans fats, and Hungary has imposed a tax on foods with high levels of sugar, salt and carbohydrates. Denmark was the first to ban trans fats, in 2004, and it has seen a 30% decrease in cardiovascular disease since then.

There’s a push in the UK to impose a fat tax, as well. The UK has the most obese population in all of Europe. “Fewer than 10% of Danes are obese, below the 15% European average, according to the OECD. Britain’s rate is 24.5%,” the UK’s Guardian reports.

“It is not a question of whether we should follow the Danes’ lead – we have to. If we don’t do anything about it, by 2050, 70% of the British population will be obese or overweight and that would result not only in the downfall of the NHS but also of our national workforce,” Tam Fry, spokesman for the National Obesity Forum, said. Obesity already costs the UK economy about £21.5 billion ($34.5 billion) a year, according to a recent report.

UK Prime Minister, conservative David Cameron, has said that the government will consider implementing such a tax. “[F]rankly, do we have a problem with the growing level of obesity? Yes. Do we have a kind of warning in terms of – look at America, how bad things have got there – what happens if we don’t do anything? Yes, that should be a wake-up call.”

–>Page 2: Possible Problems with the Fat Tax, and a Look at U.S. Food Policy