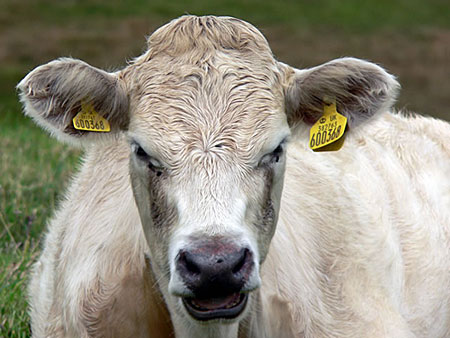 Industrial farming costs us dearly in greenhouse gas emission levels. By some measures, the ecological impact of the farming industry outweighs even its economic impact. According to the United Nations Food and Agriculture Organization, livestock off-gassing (methane, ammonia and others from sheep dung, cow farts, etc) makes up 18% of our total greenhouse gas emissions alone. This statistic does not even include the gas guzzling tractors, coal-fueled processing machines such as automated milkers and pesticide sprayers, or petroleum-based synthetic fertilizers. You know, just to name a few.

But just as our government rewards the profit-focused mentality of factory farmers with further tax breaks and incentives, it is now rewarding their disregard for the environment. Yielding to lobbyist pressure, the Environmental Protection Agency (EPA) is reversing a 25 year old requirement that forces industrial farmers to report their toxic gas emissions levels.

The requirement was originally enacted to help local public health officials understand what sorts of toxicants the community was dealing with and to act accordingly in the event of an epidemic or illness cluster. There is no restriction on the legal gases and toxicants; the measure simply provides a compulsory reporting mechanism.

In explanation of the proposed retraction, the EPA is claiming that the decision is based on futility: the reports do little good because local emergency responders don’t use them. In my opinion, this reveals a bovine-level grasp of logic. Even if it were true that local officials didn’t use the documents, since when is access to information detrimental to any public effort? And further, wouldn’t such reports come in handy more often for epidemiological trend analysts or hospital staff rather than first-response teams? Aren’t first responders supposed to stabilize the injured and ill, rather than treat them? I’m so angry, I’m using italics. Respiratory failure induced by ammonia inhalation probably requires the same EMT procedure as that caused by pneumonia. If any of you are medical professionals, feel free to correct me on this.

The fact is, these emissions have a grave effect on the health of neighbors of factory livestock farms, also known as confined animal feeding operations (CAFOs). An article in the Washington Post described one CAFO, Three Mile Canyon of Boardman, OR, that reported releasing 15,500 pounds of ammonia per day due to its 52,300 dairy cows. According to the recent congressional testimony of Catherine Fitzsimmons of the National Association of Clean Air Agencies (NACAA), Three Mile Canyon’s yearly output of 5,675,000 pounds per year is 75,000 pounds more than the largest manufacturing source of ammonia in the country (CF Industries in Donaldson, LA). Three Mile Canyon has a proposed plan to create a methane digester to turn its emissions into energy, but there is some debate in Oregon over the intention of these plans.

While an ammonia concentration level of 24 parts per million is enough to cause nose and throat irritation after ten minutes of exposure, exposure to air with a concentration of 5,000 ppm can cause “respiratory spasms and rapid suffocation” according the Alberta’s Agricultural Ministry. A 2006 University of Michigan study of CAFO ammonia exposure found that 150 ppm was enough to cause permanent scarring to respiratory tissue, which could lead to a chronic respiratory condition. With a daily output of 15,500 pounds of ammonia, it is easy to imagine the ammonia concentration of the area to surpass 24 parts per million. And this is just one example: ammonia is not the only toxic gas coming from CAFOs. These deaths are not theoretical, either. Last July, a farmer, his wife, two daughters and a farm hand were all killed by methane and ammonia inhalation while working in a manure pit. Which brings forth another concern: what of farm worker safety?

The EPA submitted the proposal to end CAFO emissions reporting to Congress during their winter holiday recess this year, but the public comment period does not end until March 28th (or March 27th if you are contacting the EPA directly). You can read the proposal in its entirety here. To speak out against this measure, you can contact your local representative or start a petition addressed to the House Energy and Commerce Committee. Reference the docket ID number, which is EPA-HQ-SFUND-2007-0469. While the committee’s chairman, Rep. Albert R. Wynn of Maryland is opposed to the measure, the committee needs evidence of public opposition. You can also let the EPA know how you feel: Lynn M. Beasley is their information contact person. Her email address is Beasley.lynn@epa.gov and her phone number is (202) 564-1965. Or you can call Bush-appointed EPA Administrator, Stephen L. Johnson. His phone number is (202) 260-2090.

When interviewed by the Washington Post for their article on the measure, the director of NACAA, S. William Becker said, “Every major air pollution regulation that affects the agriculture industry has been weakened or delayed by this administration…These are not inconsequential pollutants. In large concentrations, they kill people.”