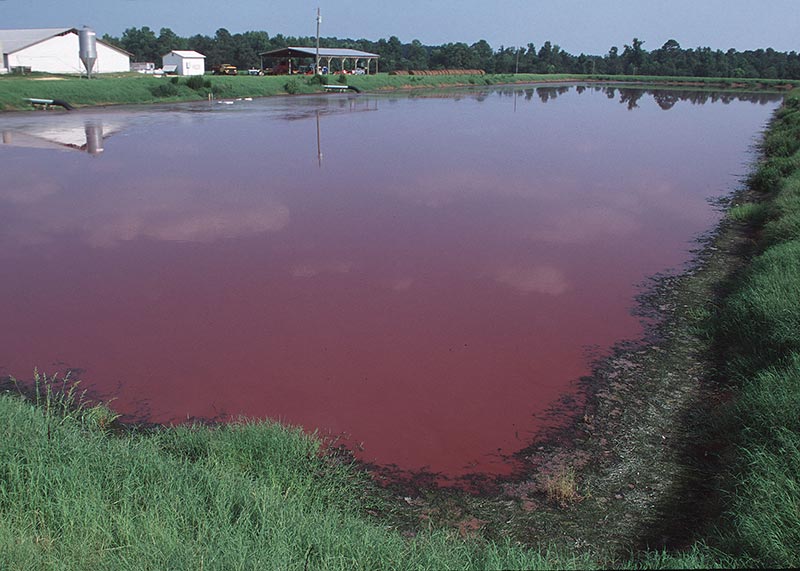 via The Humane Society

CAFOs are major polluters, yet they don’t have to report their emissions. A recent factory farming air pollution lawsuit aims to change that.

A North Carolina Federal Court ruled that an air pollution lawsuit involving a massive pig factory farm may proceed. The lawsuit against The Hanor Company of Wisconsin was brought by The Humane Society of the United States and Sound Rivers, Inc. and involves the factory farm’s refusal to report its ammonia emissions, which harm animals, the public and the environment.

Jonathan Lovvorn, chief counsel for Animal Protection Litigation for The HSUS, said: “Animal factories like this one harm millions of animals by forcing them to live with dangerous levels of air pollution that are also damaging the health and quality of life of those living in rural communities.”

Heather Deck, Pamlico-Tar riverkeeper for Sound Rivers said: “Large industrial-scale animal operations like Hanor are a major source of pollution that affects people and the environment.  We are pleased with the judge’s ruling and we will continue to seek protections for the communities we serve throughout the Tar-Pamlico and Neuse River basins.”

Enforcement of federal air pollution laws is sorely needed because of the approximately 20,000 concentrated animal feeding operations in the U.S. inhumanely confining billions of chickens, pigs and other animals and emitting dangerous air pollutants, including ammonia. Animal agriculture is the nation’s leading source of ammonia emissions, which can cause nasal, throat and eye irritation, coughs and even death. Ammonia damages air and water quality, and endangers wildlife and their habitat.

Related: Bold Statements from The Guardian: Industrial farming is one of the worst crimes in history.

Because the Hanor facility confines more than 8,000 pigs, it produces excrement on a scale matching that of a small city. Unlike a city, the facility’s waste is not carefully piped and treated; instead, it piles up and putrefies in giant open pits. The facility’s stench and ammonia emissions often force neighbors indoors and prevent residents from using the Tar River for recreation.

One such law, the Emergency Planning and Community Right-to-Know Act, requires emitters of large amounts of dangerous substances like ammonia to report those emissions to local authorities. The Hanor facility has not reported its ammonia emissions under this law since 2011.