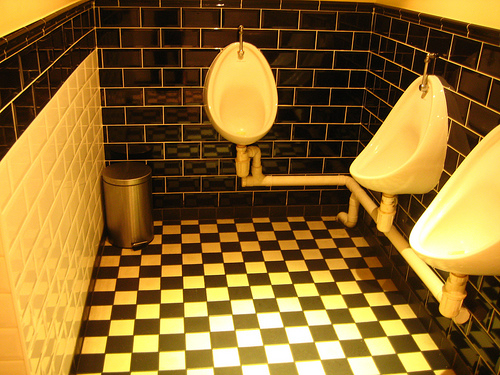 We know you eat better than stopping at every fast food joint on the road. Good thing, too. Because an FDA official claims that over half of fast food employees don’t follow the “Wash your hands before returning to work” rule.

That could make a whole lot of people sick with more than just obesity.

The FDA official, William Burkhardt, authored a study that was also sponsored by U.S. Department of Health and Human Services,

There’s a disconnect between what we want to see and what is actually implemented.

This report follows a rare Hepatitis A outbreak in the Quad City, Illinois area, according to the Quad City Times.

The FDA food virologist says that restaurant workers need to wash their hands for the proper amount of time (hint: sing “Happy Birthday” while you wash and you’re good) and/or wear gloves.

Though Burkhardt says that outbreaks like the one above don’t happen a lot, they can be avoided,

Norovirus, hepatitis A and E. coli, another gastrointestinal infection, are the most common food-borne illnesses involving restaurants, Burkhardt said. Norovirus, like hepatitis A, is spread by fecal matter on food products that are then ingested by unaware patrons. However, the hepatitis A symptoms might not show up for 10-14 days while those with norovirus know much more quickly, in as little as 12 hours after ingestion….

Those who ingest the hepatitis A virus need only a few particles to eventually become ill, according to the microbiologist. ‘Oftentimes, a hundred million of these viral particles are present in a gram of fecal material,’ he said.

It’s estimated that a between 25-30 percent of the population are affected by food borne illnesses annually. And these are “bugs” that can be prevented.

Yeah…let’s not have to discuss “fecal matter” when we talk about food, m’kay?!

Image: Wootang01 on Flickr under a Creative Commons License.