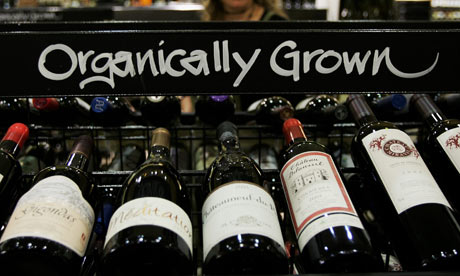 Organic wine growers in the EU will be allowed to use the term “organic wine” on their labels.

According to Euroalert.net the Standing Committee on Organic Farming (SCOF) reached an agreement on new EU rules for “organic wine” labeling. Once the rules are published in the Official Journal in the coming weeks the term “organic wine” will be allowed to be used by organic wine growers on their labels. Furthermore, the labels must also show the EU-organic-logo and the code number of their certifier, and must respect other wine labeling rules.

Under the new regulation, the general wine-making rules defined in the Wine Common Market Organisation (CMO) regulation will also apply, and establishes a subset of wine-making practices and substances for organic wines. For example, a variety of additives are not be allowed and the level of sulphites in organic wine must be at least 30-50 mg per litre lower than their conventional equivalent (depending on the residual sugar content). As well as these wine-making practices, “organic wine” must of course also be produced using organic grapes.

According to the Commission, the new rules have the advantage of improved transparency and better consumer recognition. They will strengthen the position of EU organic wines at international level, since many other wine producing countries (USA, Chile, Australia, South Africa) have already established standards for organic wines.