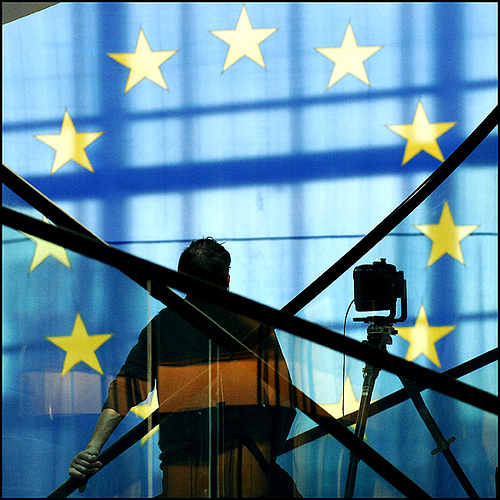 I felt tremendously disheartened and somewhat shocked last year when I reported on the European Commission’s approval of BASF’s GM Amflora potato (aka the ‘Frankentstein potato’), the first authorization of a GM crop in 12 years and the second overall.

I was also disheartened a couple months later when the European Commission proposed to allow member states decide for themselves whether or not to grow GM crops on their soil. Growing it in one country leads to the very clear possibility of it contaminating the land of other countries. Furthermore, there is tremendous citizen opposition to GMOs in Europe.

Now, the news that member countries may not be allowed to individually ban GM crops at all soon is shocking and ridiculous…. Here’s a little more on that:

“Monsanto got a big boost in Europe yesterday when an official ruled that the European Union’s constituent countries couldn’t independently ban genetically modified crops (GMOs) on their turf,” Jeremy Bloom reported last week on Red, Green, and Blue. “The top legal advisor to the European Court of Justice, Advocate General Paolo Mengozzi, ruled that only the EU itself could institute such bans.”

Specifically, Mengozzi said that France “could not suspend the cultivation of genetically-modified maize MON 810 on national territory without having first asked the European Commission to adopt emergency measures citing a risk to health and the environment.” MON810 was approved for sale and cultivation in the EU in 1998. MON810 is up for license renewal this year.

France and six other countries in Europe (Luxembourg, Germany, Austria, Hungary, Bulgaria and Greece) currently have a ban on the growing of GM crops. They have implemented these bans based on safety concerns.

“France took its decision following widespread consultation of the industry, the scientific community, farmers and consumers,” Friends of the Earth GM expert Mute Schimpf told AFP. “Why should a company have a right under European Union law to attack a democratic state in this way?”

While it is disconcerting enough that the EU as a whole hasn’t taken up action to keep GM crops out, it is beyond disconcerting that individual countries may not be able to soon.

Why Are GMO Crops Being Pushed in the EU?

Well, this is really a question with a straightforward answer. The U.S., pushed and controlled by major GM companies, has been pushing the EU to relax its policies on GM crops.

As Matthew McDermott of TreeHugger notes, “For background context… remember that according to documents released by Wikileaks there has been pressure from US officials on various nations of the European Union to accept the planting of GM crops from US-based companies.”

Well, it looks like that pressure may be working, unfortunately…