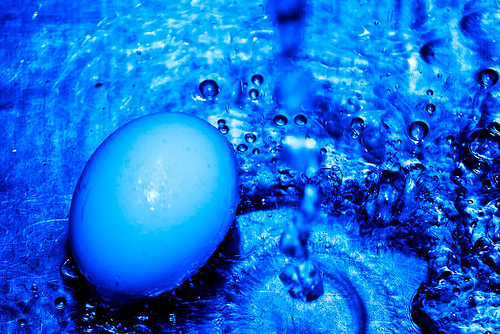 United Egg Producers, who account for production of more than 95% of the eggs in the U.S., is one of the industry trade groups named in the lawsuit filed on 6 Jan 2011, along with several of its members, including the two egg producers who were at the center of last year’s half billion egg recall – Ohio Fresh Eggs of Ohio and Hillandale Farms of Pennsylvania.

Sodexo alleges in their complaint that the named companies and United Egg Producers conspired to reduce the domestic egg supply by killing off laying hens and replacing them slowly. Egg prices have more than doubled in the last ten years, with a 40% increase in price in 2008 alone.

The defendants said they were killing the hens in order to allow more space for the remaining hens to live – to treat their hens more humanely, in other words. This action was supposedly taken in response to consumers’ concerns over factory-farmed animals.

These actions came to light a few years ago when the Humane Society of the United States found egg industry documents discussing the plan.  Last spring, Sparboe Farms released more documents relating to the plan.

The plaintiffs claim the actions of the defendants are illegal under U.S. antitrust laws. Antitrust laws are supposed to make illegal every conspiracy to restrain commerce. Companies are not allowed to get together on a plan to cause a scarcity of a product.

The lawsuit says that the act of these companies and industry trade groups formulating a plan to reduce the number of laying hens falls under those antitrust laws by causing a scarcity of eggs.

The defendants say their actions are protected under the Capper-Volstead Act. The Capper-Volstead Act exempts agricultural co-ops from antitrust laws. At the time it was enacted in 1922, most eggs were being produced by small farms across the nation. Co-ops were often a valuable way for individual farmers to get fair prices for their goods.

In recent decades, the massive consolidation of agricultural producers, including those in the egg industry, has shut out most of the small farmers the Capper-Volstead Act was meant to protect. However, the Secretary of Agriculture has the power to prevent co-ops from becoming monopolies.

It’s possible that if the plaintiffs win, a precedent could be set that would allow the dismantling of some of the agricultural industry giants. Or we could at least see some stricter guidelines on what’s acceptable among factory farms.