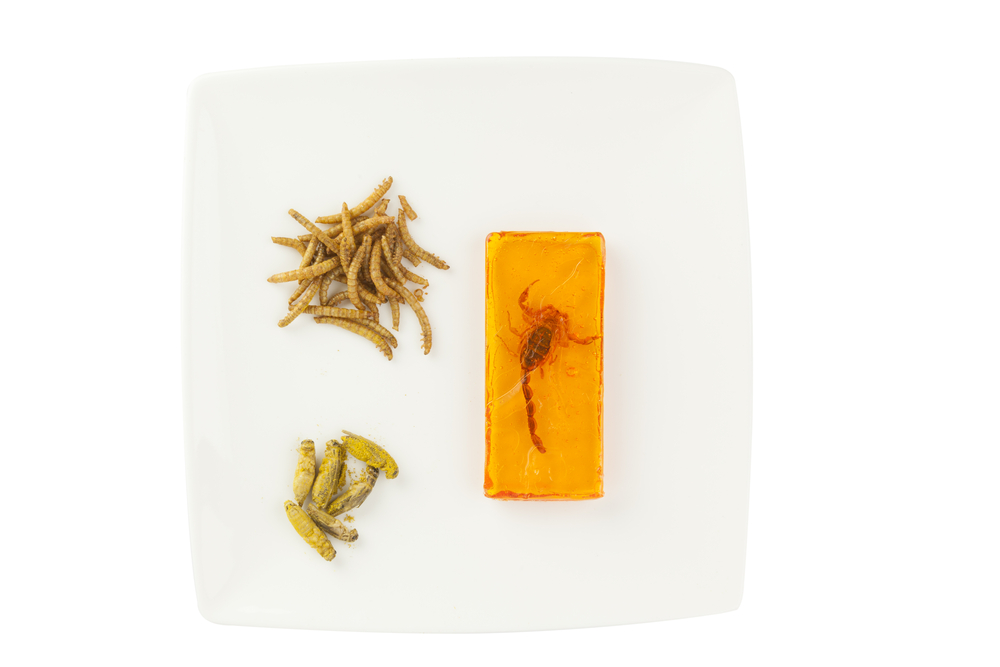 Get ready for the next food trend: Edible Insects

Its official. We will be seeing edible insects on our dinner plates soon. How do we know? People everywhere are talking about it. The Food and Agriculture Organization of United Nations (FAO) has a special advisor on edible bugs and a Directory of Edible Insects Stakeholders on its website. If that’s not enough, edible bugs are popping up everywhere from Michelin-starred restaurants in Sao Paulo to food carts in San Francisco. Daring chefs around the world are experimenting with insects as food and its clearly a harbinger of things to come.

We believe in the future of edible insects as a smart answer to the existing demand for and shortage of high- protein foods on the planet.

Martinez, like many other entomophagy enthusiasts (if your wondering, entomophagy is the consumption of insects as food) points out that edible insects are popular among many cultures around the world. In Mexico, for instance, insects are delicacies and are consumed by both average folks in the countryside and customers at upscale restaurants in the cities.

And then there’s Alex Atala. His Sao Paulo restaurant, D.O.M., is ranked among the top 10 restaurants in the world. His food, which showcases jungle herbs and other ingredients from the Amazon, is pushing the frontiers of gastronomy. Atala is know for his dishes that include “irridescent insects” including ants which his website notes are a food tradition in some parts of the Amazon, particularly among the Baniwas.

And its not just chefs who are banking on entomophagy.  At Six Foods, based at Harvard Innovation Lab in Boston, co-founder Laura D’Asaro believes that six legs are better than four. Six Foods makes “healthy, sustainable, and delicious foods from insects” including high-protein Chocolate Chirp Cookies and high-protein chips, or Chirps.

And there’s Chapul Cricket Bars. Chapul’s   Cricket Bars are the brainchild of Pat Crowley, “a river guide and passionate advocate of a sustainable human footprint on our natural world.” According to their website, Chapul’s bars are the first insect-based protein products in the U.S.  The y look just like Lara Bars and come in three admittedly delicious sounding flavors: Aztec (dark chocolate, coffee and cayenne), Chaco (peanut butter and chocolate) and Thai (coconut, ginger and lime).

Eating insects actually makes a lot of sense.  As the FAO points out, in the face of steady population increases we must plan for even greater pressure on the environment. Edible insects contain high quality protein, vitamins and amino acids and have a high food conversion rate, e.g. crickets need six times less feed than cattle, four times less than sheep, and twice less than pigs and broiler chickens to produce the same amount of protein. Besides, they emit less greenhouse gases and ammonia than conventional livestock and insects can be grown on organic waste. Therefore, insects are a potential source for conventional production of protein, either for direct human consumption, or indirectly in recomposed foods (with extracted protein from insects).  And if innovative entrepreneurs have anything to say about it, they will be tasty too.