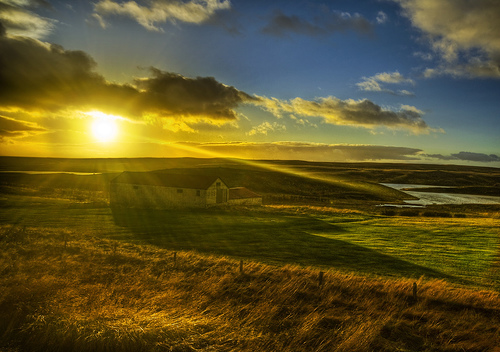 As we face rising food prices and food shortages, there’s a big debate over how we’re going to feed a population of 9 billion people in 2050.

While 2050 might sound a long way off, it’s really not. Many of us will see 2050 in our lifetimes, and if we don’t our children certainly will. Proponents of industrial agriculture argue that genetically modified seeds, large scale farming, and conventional pesticides like Monsanto’s Roundup are the keys to our food future. A recent UN report, however, says that eco-farming could be the key to feeding the world.

The report looked beyond organic farming to the idea of agroecology, a topic we’ve explored here before. According to Sustainable Businesss, UN Special Rapporteur on the right to food Olivier De Schutter said:

Today’s scientific evidence demonstrates that agroecological methods outperform the use of chemical fertilizers in boosting food production where the hungry live–especially in unfavourable environments.

The report is the result of years of testing agroecological methods in dozens of developing countries with some really impressive results:

To date, agroecological projects have shown an average crop yield increase of 80% in 57 developing countries, with an average increase of 116% for all African projects. Recent projects conducted in 20 African countries demonstrated a doubling of crop yields over a period of 3 to 10 years.

That is a really impressive increase and could make a huge difference in the future of our food supply. Unfortunately, agroecology doesn’t seem to be catching on in developed countries. Instead, the U.S. is deregulating and approving more genetically engineered crops and the E.U. seems to be jumping on the Monsanto bandwagon. I think that De Schutter nails it when he says:

Private companies will not invest time and money in practices that cannot be rewarded by patents and which don’t open markets for chemical products or improved seeds.

There aren’t huge profits associated with agroecology like there are with biotechnology, and the biotech firms have billions of dollars to throw at policymakers. What do you guys think? Will policymakers put our interests before those of big ag? Do you think that agroecology can feed the world? I’d love to hear your civil, thoughtful comments!