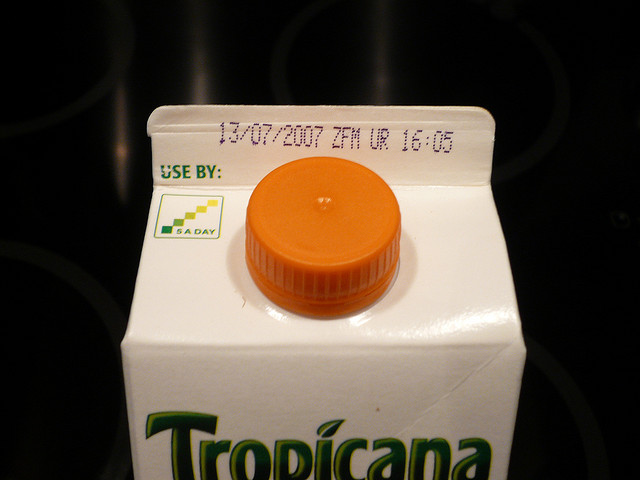 On a recent trip to visit my folks, we laughed at my mom after learning that the majority of her bottled salad dressings and condiments had “expired” years earlier. As we made fun, she argued that the food was still safe! Turns out, she was right.

Did you know those dates you see on canned goods and bottled condiments don’t have a thing to do with food safety? Those dates are all about protecting the reputation of the food and the company that produced it. And there are companies that specialize in determining what those “sell by” dates should be.

A recent NPR article explains how companies pick those dates. At California’s National Food Lab, expert tasters test food as it ages over days, weeks, even years, grading the food’s quality over time. As taste deteriorates, the grade declines. The food producer then decides at what point they no longer want their products on shelves — not because it is “spoiled” but because it won’t taste good enough.

According to John Ruff, president of the Institute of Food Technologists, most food is safe to eat long after that “sell by” date. It may not taste its best, but it won’t make you sick. He couldn’t recall a single product recall or food poisoning case related to shelf life in the last 40 years.

He suggests giving expired food the sniff test. If it smells OK, it probably is.

I’m a bit squeamish when it comes to those dates. After all, milk rots instantly at midnight on the date printed on its carton. But I’ve learned a lot this year about food waste in America: Food production consumes 10% of our energy budget, 50% of our land, and 80% of the freshwater we use. We throw away more than 40% of the food produced in the US. This adds up to over $165 billion thrown away each year in a country where one in six people lack a secure food supply and heaps of uneaten food rotting in landfills producing 25% of our methane emissions.

So, in 2013, I’ll be a little more forgiving to that expired food and waste less of it.