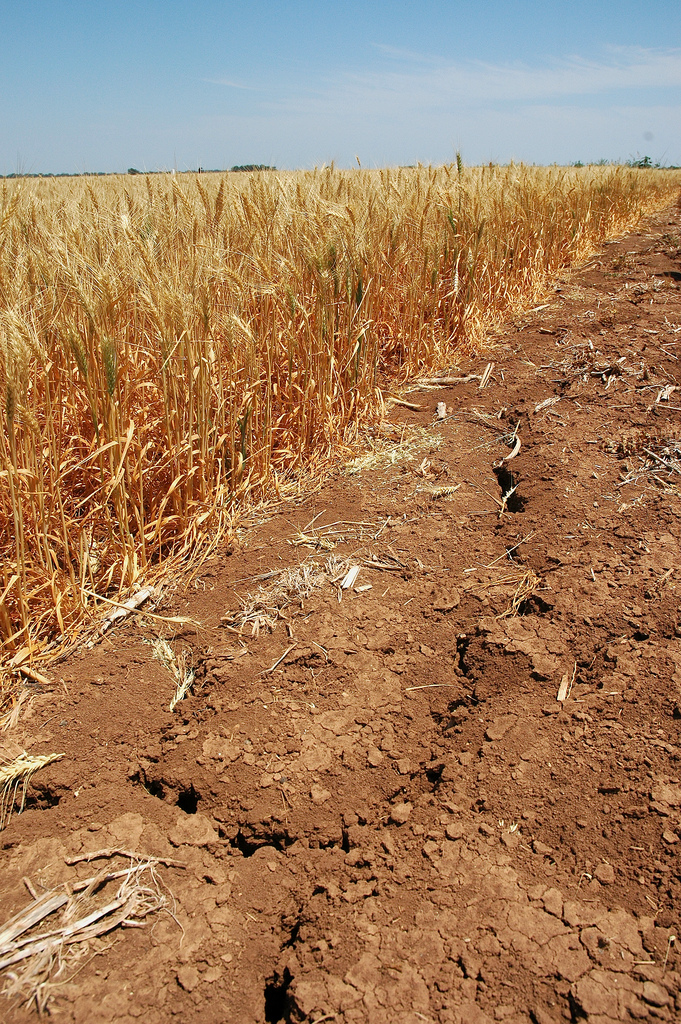 The tremendous drought in Texas and the Southwest that I wrote about in early April continues on (almost 50% of Texas is experience “exceptional” drought now, the highest level of drought — “unprecedented” according to experts). Furthermore, it has expanded and is affecting even more important U.S. farming areas.

Beyond Texas, the Southwest, and Oklahoma, the drought has now spread to Kansas, the #1 wheat-growing state in the United States “adding to struggles of wheat farmers already dealing with weather-ravaged fields,” as Carey Gillam of Reuters reports.

With harvesting of Kansas’ wheat supposed to start within weeks and “the three most severe levels of drought” spreading across the state, especially in key wheat-growing regions, the outlook is not good.

The wheat harvest is expected to be down more than 50% compared to last year in Texas and Oklahoma and, as of May 11, was predicted to be 27% lower in Kansas (but I would expect that number to get even worse with the drought growing).

“It is pretty bad,” said Kansas state climatologist Mary Knapp. “For a lot of these areas… the last significant rainfall was in July of last year.”

And, the drought just keeps on spreading….

Weird Weather and Its Effect on Food & Food Prices

Weird, eh? At the same time as considerable flooding of the Mississippi, Colombia, and other regions, we are seeing tremendous drought as well. That’s why many have started using the term “global weirding” instead of global warming. Because the effects of global warming are a weirding of traditionally “normal” weather patterns. Unfortunately, we rely on traditional weather patterns for growing much-needed food.

The food outlook this year and projected food prices are not looking good. And weird U.S. weather isn’t the only thing to blame.

“Along with the U.S., France, and China all are experiencing some pretty nasty drought that is going to have a major global impact on commodities, wheat in particular,” said Mark Svoboda, a climatologist at the University of Nebraska and the National Drought Mitigation Center.

In the U.S., if there is no relief soon, the drought could expand into regions of other key crops as well. “Right now it is wheat, but if it continues to push north then you get into corn and bean territory,” Svoboda notes. “Farmers, they have a lot working against them.”