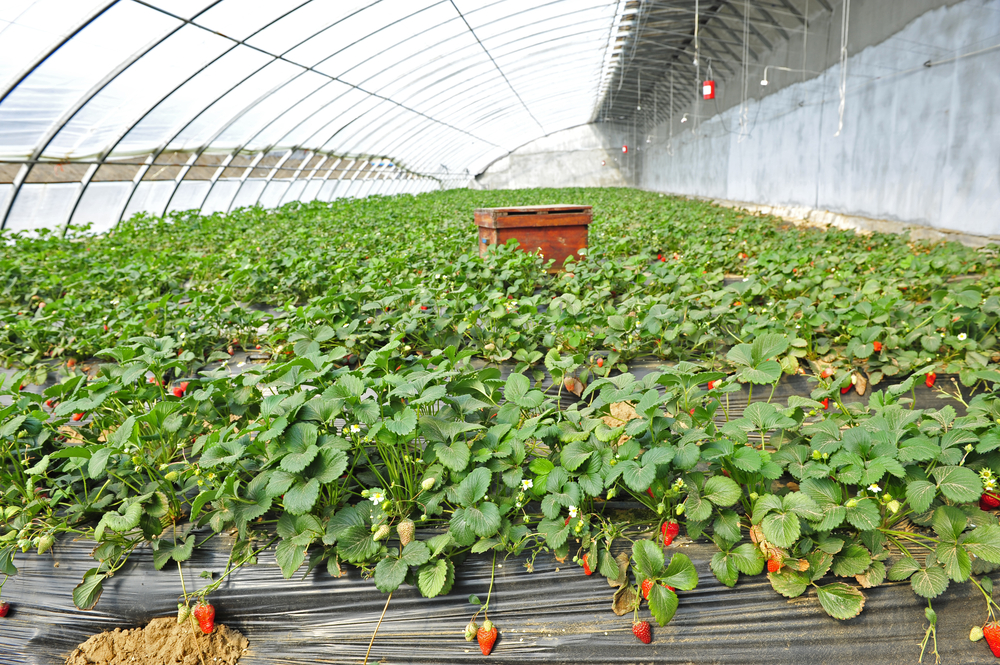 Driscoll’s strawberries – from California’s largest strawberry grower – has made a very important decision for the organic berry industry.

Strawberries. Or as my almost-two-year-old daughter calls them, “more stahbeeees!” No matter what their name (the elegant “la fraise” in French), strawberries are delectable fruits—the perfect balance of juicy, sweet, and tart. Aside from watermelon, no other fruit screams summer nearly as much as a ripe, freshly picked strawberry. Not even a peach. And there is now an even better reason to celebrate the mighty ruby berry: the largest organic strawberry grower in the country says it is growing all of its baby berry plants organically.

If that sounds a little redundant, here’s why: organic strawberries don’t start out organic. It’s true. In California, where the majority of U.S. strawberries are grown, even the organic plants are grown in soil that’s been treated with chemical fumigants in their early days as little seedlings. The most common fumigant is methyl bromide, but alternatives, including 1, 3-D and Pic are also commonly used—even on plants that will eventually be sold as “certified organic.”

“The way these [seedlings] are grown, they’re grown with these fumigant pesticides that are meant to kill things off in the soil up to hundreds of pounds per acre can be applied near communities, near workers that can be exposed to these cancer-causing chemicals,” Paul Towers of the Pesticide Action Network told Capital Public Radio.

(In fact, it’s a popular misconception that organic foods are completely void of pesticides. This is not the case; there are specific pesticides and herbicides that organic farmers are allowed to use. The use of soil fumigants in the case of strawberries does not violate the National Organic Program’s regulations.)

The problem in California may seem hard to believe, but there actually hasn’t been an organic strawberry nursery available to organic farmers. So that forced organic farmers to purchase conventional seedlings. “Fumigants are applied to the soil not the plants,” CAP Radio explains, “In other words, you won’t ingest the chemicals by eating the berries. The hazards are to farm workers and people nearby who might be exposed to the drifting gas.” Most strawberry farmers don’t start from seed; they rely on seedlings that have been grown elsewhere, and that presents the problem for the state’s strawberry farmers.

But organic consumers don’t have to compromise on their berries any longer. Driscoll’s, the state’s largest berry producer, based in Watsonville, says it is going to start all of its seedlings in organic soil. And it’s such a big move that it could encourage more producers to start seedlings of other crops, including other berry varieties and fruit trees, in organic growing conditions.

Not only would that protect the integrity of the organic label for concerned consumers, but it’s a huge benefit to farmers, and the environment. Seems like California berries just got a whole lot sweeter. More stahbeeees! Please!