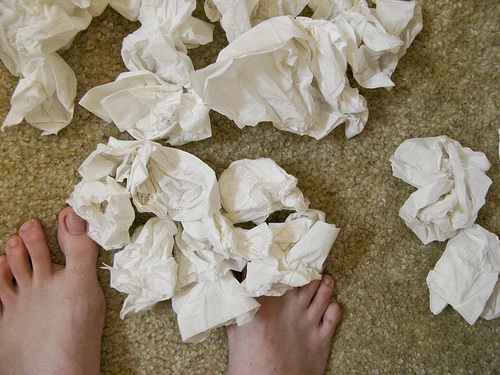 Beets contain the all-powerful Vitamin C and the immune supporter iron. Additionally, beets are high in carbohydrates. Unlike processed carbohydrates, these good carbs will give you an amazing energy boost when you’re feeling run down. They’re available year-round and you can even cook the tops like spinach. Add papaya and ginger to beets and you get this delicious smoothie recipe from Energy Fanatics. Finally, Vegetable Buzz provides us with three beet juice recipes, something for any taste!

What are some of your tried and true cold fighting beverages? I’d love to hear some ideas and read your recipes! Feel free to leave comments.