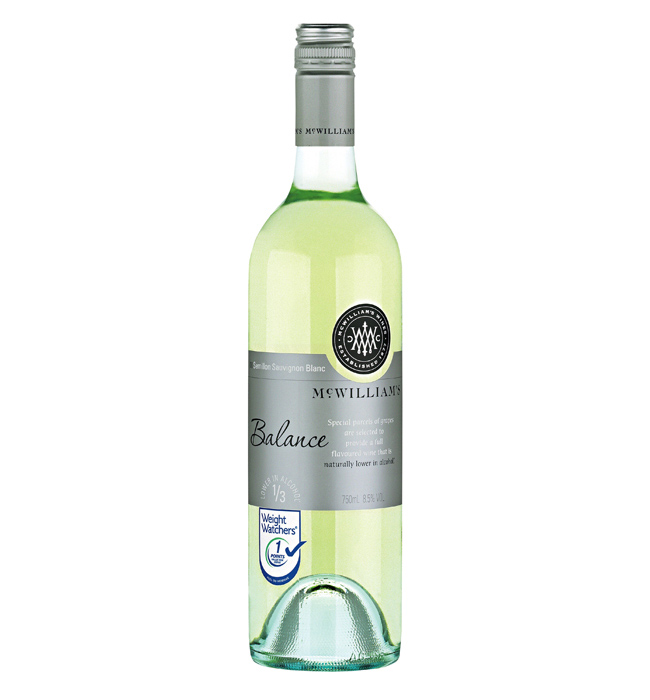 Another wine producer has entered the so-called low-calorie wine category.  Starting in October, McWilliams Wines will be selling Weight Watchers branded Sparkling Brut, Semillon/Sauvignon Blanc, Shiraz and Sauvignon Blanc wine in the UK (its been available in Australia since 2010). Ever since the Bethanny Frankel’s Skinny Girl brand entered the category with its not-so-low-calorie line of wine I’ve noticed more and more wine producers jumping onto what the industry (more accurately) calls the lower alcohol market band wagon.

The question remains: Is there really such a thing as low-calorie wine? Not really. Most of the calories in wine come from the alcohol. The lower the alcohol content, the less calories it contains. The real truth is that the McWilliams Wines, which contain 6-10% alcohol (just like Skinny Girl wines), are low-alcohol. But,”low-alcohol” isn’t going to sell nearly as many bottles of wine as “low-calorie.”

According to Wine Spectator Magazine, the average caloric content of most wines is 100 calories per 5 ounce glass, according to past estimates by the U.S. Department of Agriculture. Typically, wine contains 9%–16% alcohol (by volume), most often between 12.5% and 14.5%. Therefore, these so-called low-calorie wines will be no less caloric than other 6-10% alcohol content wines.  As I see it all these companies are simply hoping to exploit consumer confusion on the issue by trying to make their wines out to be a “healthy” alternative to other wine.

McWilliam’s export director Lloyd Stephens says: “consumers have a strong interest in, and demand for, lower alcohol wines but do not want to compromise when it comes to their taste experience.”