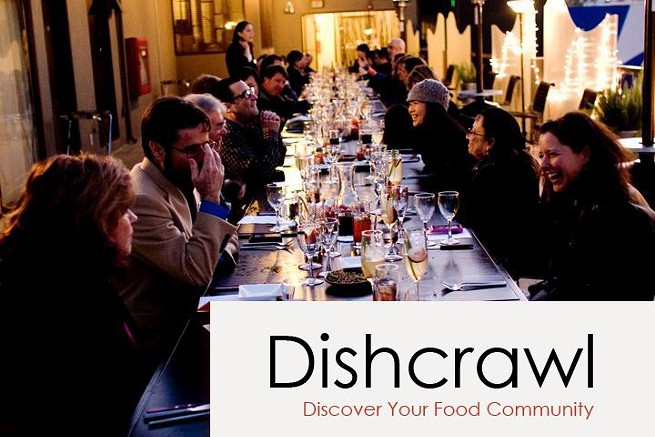 There is new concept in underground dining is sweeping the country. If you like food and want to check out a neighborhood in a particular city, Dishcrawl could be the answer.

In 100 cities from Albuquerque to Wilmington, Dishcrawls take you on guided, walkable eating tours of a city neighborhood.

Dishcrawl collects a set price, $35-$45 in most cases which includes food, tax and tip; beverages available but not included. This gets you tastings at three to four restaurants that are within walking distance of each other. The Dishcrawl website explains:

We here at Dishcrawl aim to provide you with a premier culinary social experience by bringing together neighborhood restaurants, local chefs, regional food producers and fellow food enthusiasts. Join us if you’d like to embark on a one-of-a-kind gastronomic adventure!

And while the names of the restaurants on any given Dishcrawl are kept a secret and you won’t learn the location of the meeting place until 48 hours before, I can tell you that the Hayes Valley eateries they have lined up are exciting. You’ll feel like you know the ‘hood when its done.