I just read an article about a new in-house organics label from a retail giant here in Canada, Shoppers Drug Mart. Despite the name “drug mart,” Shoppers carries an impressively large inventory of edible items. And while I have always appreciated their supply of organic shampoo, deodorant and toothpaste, I haven’t given the food aisle a second glance.

Most of their offerings are of the Doritos n’ gummi worms variety. You know, food that isn’t labeled with real words. It made me think of the changing landscape of discount organics and what it means for consumers.

House-brand labels are the loafers of the grocery world: dependable, no-nonsense and easier to justify than more exotic offerings in the display case. But now, as more and more organic house labels are introduced, the whole class of goods is moving from generic toilet-paper and club soda stand-by to potential ambassador of healthier eating.

But is it possible to make organic food on such a large and uniform scale as would be required for a retail giant? Let’s consider the evidence.

Luxurious, healthy-eating mecca, Whole Foods carries their own organics line, 360° Organics that many would consider the higher-end of private label organics. Shoppers is entering into the mid-market game along with competitive mega-grocery, Loblaws who extended their popular President’s Choice line to include an Organic sub-label. But perhaps most remarkably of all, Wal-Mart began expanding their organic offerings in late 2006. Of course, being Wal-Mart, their model was a bit different: they didn’t bother starting their own private house label because their influence is so vast, they could instead force their food suppliers to make organic versions exclusively for their (giant) market. Behold the sad hilarity of Organic Kellogg’s Mini-Wheats (not to mention Organic Pepsi!)

When Walmart unveiled its plan, there was a great uproar from consumer advocacy groups, environmental and health journalists and nutrition experts. Many feared that the vast walmartization of organics would cheapen them, rendering the label useless. They predicted outsourcing to unregulated “organic” farms in China and tricky labeling. But others saw instead a leveled playing field in the world of organic food. Walmart’s chief marketing officer, John Fleming announced that Wal-mart’s organics would be sold for a mark up of 10% or less. Such advocates argued that bringing organic practices to such a large scale could only improve the environment and human health. An article at Gristmill warned that too many detractors were getting caught up in their principles of local, small-scale food to recognize that corporate organics were a boon for the more conventionally-minded eaters who could benefit.

But here’s the thing: those brand-name organics aren’t so small-scale, themselves. Good Magazine put together a map of organic brands and the food conglomerates that own them. Bear Naked granola? Coca-Cola. Green & Black’s scrumptious dark chocolate? Made by the same people who sell this. An interactive feature from Philip H. Howard – an assistant professor of community agriculture at Michigan State University – shows the corporatization of small-scale organics brands. So, given our tacit acceptance of Earth Balance margarine (Boulder Specialty), Stonyfield yogurt (Danone) and Annie’s Naturals mac & cheese (Solera Capital), it seems hypocritical for us to condemn private label organics.

A few brands emerged from these studies as examples of the few remaining organic companies that have maintained their independence (and profit). Among them is Nature’s Path, Paul Newman Organics and Eden Food. Do these brands have anything in common that could explain their ability to resist conglomerates? They all already sell food on a very large scale and at an international level. I don’t know about you, but I haven’t been into a grocery store in the last five years that doesn’t carry at least one of these brands, if not all three.

So what do we do when large-scale sales are the cure and the disease?

Those Walmart-detracting conspiracy theorists were right, but brand-name organics fair no better. This is a case of greenwashing, we’re just more easily duped with the right graphics on the label. 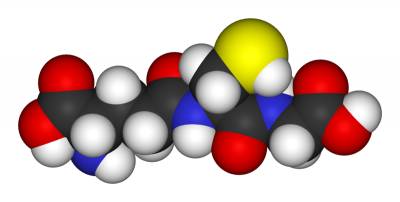 I am a big fan of food. I am not a big fan of endocrine disrupting or carcinogenic compounds in my food. I will probably write a lot about that here.