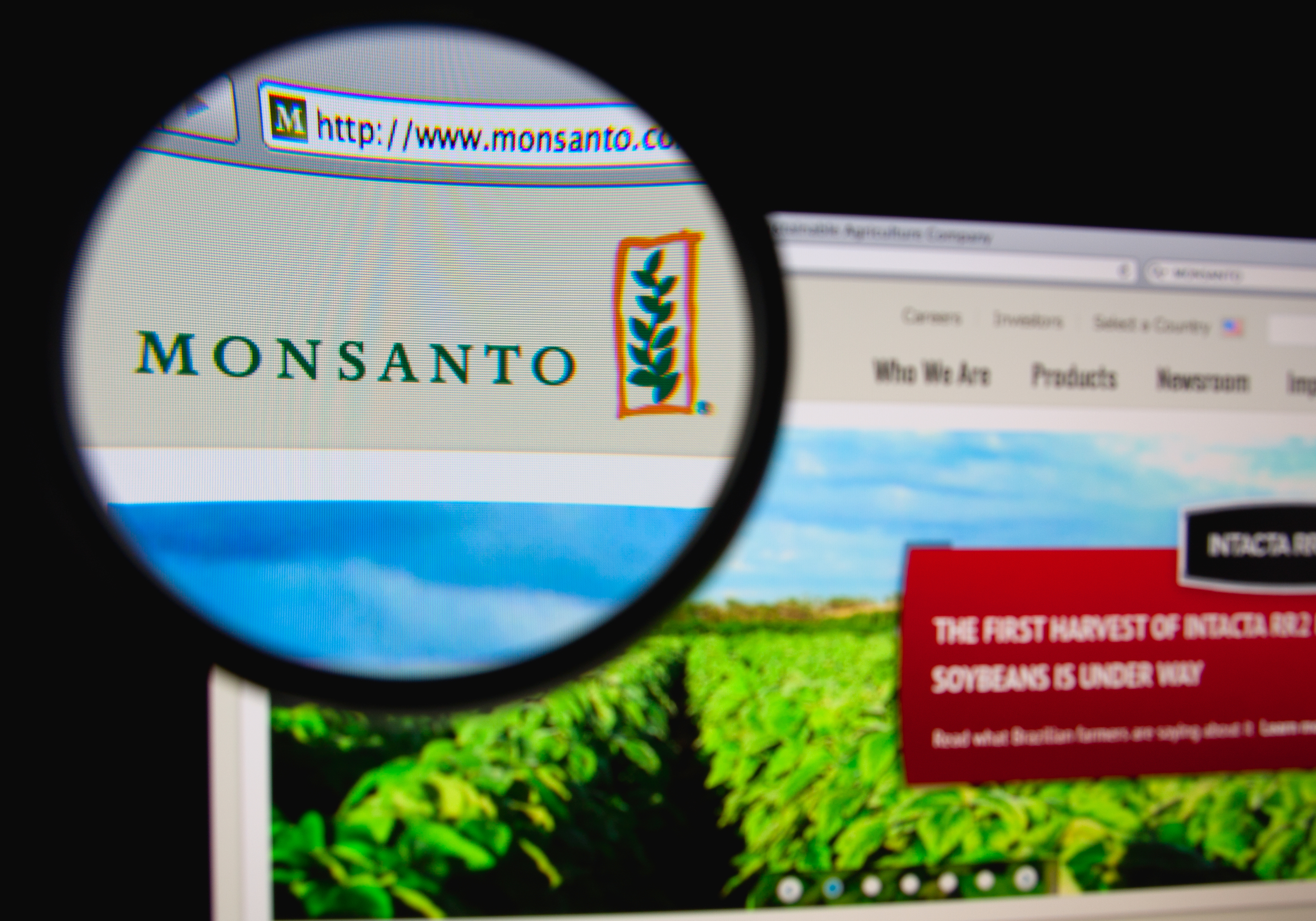 A few weeks ago, I received an email from a PR person identifying herself as writing on behalf of Monsanto, the multinational biotech company that’s so vilified, there’s an annual “March Against Monsanto” event.

Today, the company is best/worst known for its genetically modified seeds like corn, soy and cotton, as well as the companion herbicide called Roundup. Long before Monsanto stepped into the world of industrial agriculture, it was a chemical company. Founded at the turn of the 20th century by John Francis Queeny, the company started out selling food additives. It went on to create laundry detergents, rubber products, LED lights, AstroTurf and much more. And then it went on to create much scarier stuff including DDT and Agent Orange.

Even for those people who eschew genetically modified organisms, Monsanto has likely created a product that has impacted every American, and much of the world.

I write a lot about fashion over at EcoSalon.com. Fashion has many of the same issues as our food system: multinational corporations, unfair labor and wage issues, chemicals, tons of excess while others suffer with next to nothing. In my most recent column, Behind the Label, I wrote about Topshop, the popular British clothing retailer that recently released an upcycled collection despite its other not-so-eco practices. Monsanto’s rep claimed she wanted to discuss with me “a related story idea,” one that Monsanto claims “sews together agriculture, fashion, philanthropy and sustainability into a great upcycling story in Camaçari, Brazil.”

I wasn’t sure how to respond to the email—if at all. A day or so later, well before I was awake, the same woman who wrote me left me a voice message.

According to the email and the voice message, Monsanto is working to keep some industrial waste in Brazil out of landfills. Nearly 1,000 pounds has been diverted, reads the email. Which, if my local bakery or coffee shop were doing this, would be pretty damn impressive and story worthy. But this is Monsanto, the same company that for more than 30 years knowingly dumped millions of pounds of PCBs into Anniston, Alabama’s landfill and creek, poisoning people, the air, the water and aquatic life. Knowingly. With decades worth of documents that proved the company knew what it was doing and still did nothing to stop it, Monsanto finally settled with the city residents for a pretty unimpressive $700 million in 2003.

This is the same company that has sued more than one hundred small-scale family farmers for what it claims is patent infringement for “unapproved” GMO seed growing.

Monsanto has poured millions of dollars into campaigns that have succeeded in preventing states from passing GMO labeling laws because it knows that if given the choice, consumers would choose not to eat GMO crops sprayed with excessive levels of pesticides and herbicides.

And this is why I couldn’t return Monsanto’s phone call. I knew the PR person tasked with promoting the company’s small achievement in Brazil wouldn’t be willing or able to answer the bigger questions about the company’s practices. She wouldn’t be able to speak to the millions of bees dying or displaced as a result of herbicide and pesticide exposure. Or why so many countries have banned or severely restricted Monsanto and other biotech companies.

The decision wasn’t as easy as I thought it would be. There have been several times that I’ve reached out to Monsanto for a comment on a story and my requests have been ignored or denied. It’s important that Monsanto get the opportunity to respond to the accusations that it’s knowingly poisoning the American people with toxic food and chemicals. But it doesn’t want to answer those questions. It rebuffs the science that points to the health and environmental risks, even in not so ethical ways.

In addition to its PR efforts that led to me getting that phone call, Monsanto also recently hired a “Director of Millennial Engagement” who showed up at the recent SXSW conference, making friends and taking selfies with attendees, doing his best to erase the public perception of the biotech company as the enemy.

Do these veiled attempts by Monsanto at “Everything’s fine, you guys! We’re doing good things!” mean we’re finally winning? Is the company realizing that, like 64 other countries that have banned GMOs, America is no longer willing to tolerate a broken food system corrupted by the financial interests of selfish chemical-loving climate-hating mega corporations?

When Monsanto calls to tell me that it has stopped producing GMO seeds on Hawaii’s otherwise pristine islands, that it has taken its harmful herbicides off the market, that it has stopped suing farmers, buying up our limited freshwater sources, and attempting to prevent our right to know what’s in our food, I will happily return that phone call. But for now, while there may be 1,000 fewer pounds of Monsanto waste in a Brazilian landfill, there’s still a century’s worth of it to clean up right here in the U.S. And that doesn’t leave much time for PR calls.