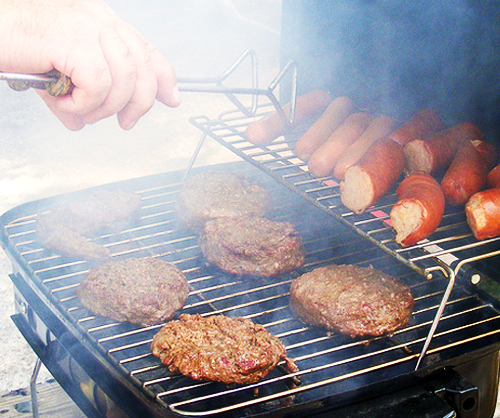 A newly-published study links red meat consumption to increased mortality from all causes, including cardiovascular disease and cancer.

Results were published online yesterday in the Archives of Internal Medicine. Researchers collected data from 37,698 men and 83,644 women, all initially free of cardiovascular disease and cancer. Participants’ information was updated every 4 years, and analyzed to determine the effect of red meat consumption on total, cardiovascular, and cancer mortality risk.

Funny, isn’t it, how we never seem to get results like that from research on plant foods?

Americans are eating less meat than ever. There are many good reasons to limit or omit meat consumption, especially when it comes to red or heavily processed meats; these research findings will undoubtedly help fuel that healthy trend.

For the veg-curious: go on, don’t be scared to try it! A plant-based diet — whether vegan, vegetarian, or simply meat-minimalist — can be a healthy, delicious, and deeply satisfying way to eat.

And it’s hard to hurt yourself by eating too many oranges!