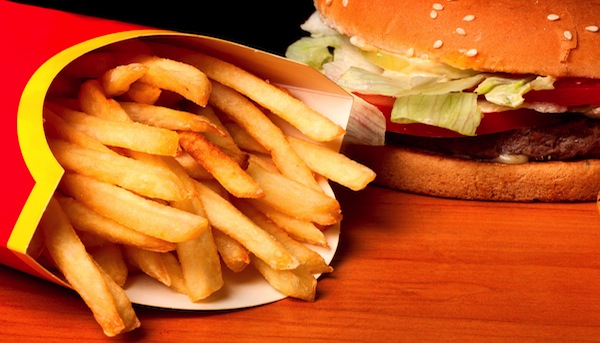 It simply wouldn’t be fast food without dollar menus, right? Well, that all might soon change if some fast food franchises get their way.

Why are Restaurants Ready to Ditch the Dollar Menu?

According to a report in TIME magazine:

Fast food franchises have long had a love-hate relationship with dollar menus and other cheapie promotions.

Despite the fact that dollar menus drive large amounts of traffic to the restaurants, dollar menu items are essentially “loss leaders,” costing the restaurants money to hopefully to hit the jackpot like Taco Bell recently did with the Doritos Locos Taco sensation. But, reports TIME:

Among other things, the presence of robust dollar menu selections is seen as a prime reason that fast food sales of combo meals have slowed, as have sales of other items that are far more profitable than stuff selling for merely a buck.

And, let’s face it, even if we’re willing to throw down $1 for a burger (which, hopefully, we’re not), the cheap price isn’t fooling anyone. We’re all well aware that it costs more than that just to run the microwave that defrosts the bun. Says TIME:

Over the years, the biggest players in fast food have regularly tweaked selections at the low-price end of menus with the hopes of wooing frugal customers and maintaining healthy profits. They’ve added new items and gotten rid of others. They’ve cut the sizes of shakes, fries, and such in order to keep prices set at $1 and not give away the store.

Now, some chains have even added the more scrumptiously elite sounding “second tier” value items like the $2 menu. “Wendy’s is calling its revamped value selections the “Right Price Right Size Menu,” while McDonald’s went with the name “Dollar Menu & More.”

And since the franchises seem to resent the need for dollar menus, perhaps we’re about to witness a sea change in fast food. After all, McDonald’s did just announce a move towards a somewhat hazily defined “sustainable beef” category. The chain has also become a huge supporter of cage-free eggs.

“Fast casual” outlets like Chipotle seem to be raising the bar when it comes to what type of food can be offered at a low price in a matter of minutes. And the recent worker walkouts and strikes across the country put the fast food industry on notice about the unlivable wages offered to employees. Perhaps doing away with dollar menu items could help remedy that situation and pay employees livable wages.

Higher prices on cheap food is a reasonable goal. When we spend more money on what we eat, we value it more. We savor it. We enjoy it. Even if that’s in the car on the way home from work. Maybe our food can still be fast. And maybe it can still be rather unhealthy, too. But if it has more value—if we have to think twice before spending the money—there’s no question it will begin to change how we look at our food system.