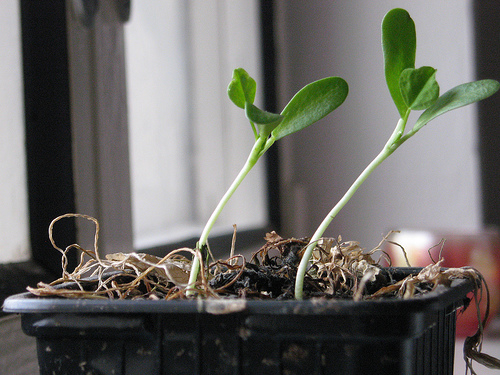 The E. coli outbreak has killed 49 people and sickened more than four thousand in Europe. The O104 strain of E. coli is more resistant to antibiotics than other strains of E. coli and it produces the shiga toxin, which can shut down the kidneys.

Initially, the outbreak was centered in northern Germany in May, but a second outbreak happened in Bordeaux in France in June. The French outbreak has so far been centered around an open day at a children’s community center where a cold buffet was served.

E. Coli Not Found on Sprouts

Testing has not found the O104 strain of E. coli on any sprouts. An organic sprouts farm in Germany that was said to be the source of the May outbreak hasn’t shown any evidence of the bacteria and none of the farmworkers have become ill.

Similarly, in France, the E. coli strain hasn’t been found on any of the foods so far tested.

The Wall Street Journal reported a month ago that the O104 strain had been found on cucumbers in a compost pile of a family in Germany. It’s possible that the cucumbers were contaminated after being put into the compost pile, but nothing else turned up E. coli.

The European Food Safety Authority (EFSA) is blaming a specific lot of fenugreek seeds imported to Europe from Egypt in November 2009.

The evidence is circumstantial – most of the people who have become ill from this strain of E. coli had eaten raw sprouts recently, though not everyone had.

The lot contained 15000 kilograms of fenugreek seeds, which is about 308 million seeds. The lot was distributed to many different seed companies and then sold to growers and individuals.

EFSA notes that finding E. coli on seeds from that many lots is like looking for a needle in a haystack. A small number of contaminated seeds could spread the germ while growing, which would then cause an outbreak like the ones we’re seeing.

The search for the O104 strain of E. coli isn’t over yet. Hopefully, there will be more news soon and no more illnesses.