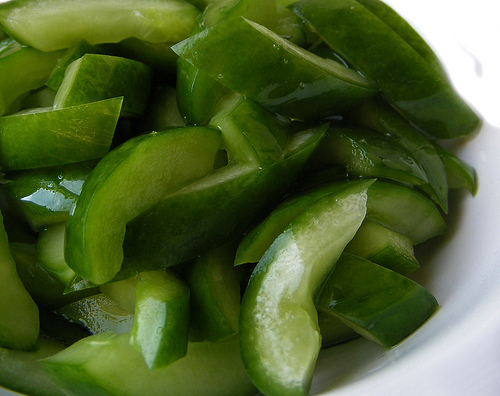 Deadly cucumbers from Spain were initially blamed for a lethal E. coli outbreak in Germany. Now authorities aren’t so certain cucumbers or Spanish produce is to blame.

At least sixteen people have died and nearly 1200 people have been sickened by a particularly lethal strain of E. coli. The O104 strain of E. coli implicated in the outbreak is tougher than most strains of E. coli and can survive harsher environmental conditions. It’s also proving to be more resistant to treatment than other strains.  Once in the human body, it produces toxins that can shut down kidneys in less than two weeks.

The outbreak is concentrated in northern Germany. Fifteen Germans and one Swede who had recently traveled to Germany have died. Most cases have been reported in Germany, but they’ve also cropped up in Denmark, the Netherlands, Sweden, Switzerland, France, and the U.K.

Initially, Hamburg city health authorities claimed they had found the E. coli on organic cucumbers imported from Spain. On Tuesday, May 31, Germany’s health minister in Hamburg, Cornelia Prüfer-Storcks, said the Spanish cucumbers did not have the lethal strain of E. coli.

Health authorities believe the source of the outbreak is cucumbers, tomatoes, lettuce, or eggplants that are eaten raw. Until the exact source is determined, customers are being told to thoroughly wash all fresh produce and peel it, if possible. Cooking the fresh produce is also recommended.