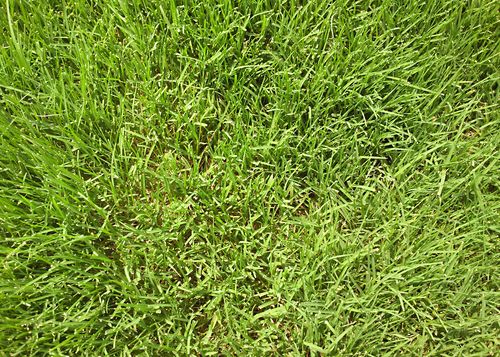 A few weeks ago, a herd of cattle in central Texas died after grazing on a field of bermudagrass. The diagnosis took a while because the USDA wanted to be sure, but the answer is certain – the cattle died of cyanide produced by the grass.

Was the Grass Genetically Modified?

The bermudagrass is a variety known as Tifton 85. It’s an F1 hybrid developed by Dr. Glenn Burton and first released in 1992. Dr. Burton used conventional breeding techniques to cross an armyworm-resistant bermudagrass with an African stargrass.

In short, no, it’s not genetically modified, so why do so many reports say it is?

Biotechnology corporations have spent enormous sums of money to convince Americans that genetic modification in a lab is exactly the same as wind pollination or the more deliberate crossing that farmers and gardeners have done for thousands of years. It appears the propaganda mill run by the biotech companies is winning. They’re now reaping what they sowed.

Also, there are genetically modified bermudagrasses on the market. This particular grass is not one of them.

How Does Grass Produce Cyanide?

Many plants produce cyanide, which can be ingested by animals. It’s a known problem for farmers and weeds in pastures are carefully monitored and removed, if possible. This happened in a clean pasture, meaning there were no weeds that could have poisoned the cattle.

Stargrass produces the cyanide during a period of swift growth after being stressed for a long time. The Texas drought last year was exceptional, but the grass was not newly grown, so that’s not the answer. More research needs to be done to find out why the Tifton 85 produced enough cyanide to kill the cattle so quickly.

Is Other Livestock in Danger?

Tifton 85 is a prime grazing grass for areas with mild winters. It’s highly nutritious, digestible for the animals, and drought-resistant. As a result, it’s fairly popular for grazing and for hay.

The field near Elgin, Texas where the cattle died had Tifton 85 established for many years. Many other nearby ranches also have long-established Tifton 85. The grass on the other ranches has also been tested and it was also found to be producing the cyanide.

So far, the death of the cattle is an isolated incident. However, it is always a good idea to let hungry livestock fill up on previously grazed pasture.

My Lawn Is Bermudagrass. Are My Kids or Pets in Danger?

It’s highly unlikely there is Tifton 85 bermudagrass in anyone’s lawn. It has been bred for digestibility, which is not a necessary trait in a lawn. It also grows taller than most bermudas – an undesirable trait in most municipalities.

Tifton 85 is also expensive. It makes economic sense in a situation where the grass supports an income, such as grazing and haying, but not just for looks.

And, finally, Tifton 85 is not grown from seed. Most likely, the bermudagrass in a suburban lawn was sprayed on in a liquid seed mixture that was a weird, unnatural green. Tifton 85 is grown from sprigs that have to be looked after for the first year. It’s fairly labor-intensive to get it started.

More research will be necessary to find out exactly why the Tifton 85 killed these cattle. It might be a mutation in the grass, as some news reports have suggested. It might be the unusual environmental stresses of the past year. It will be interesting to find out.