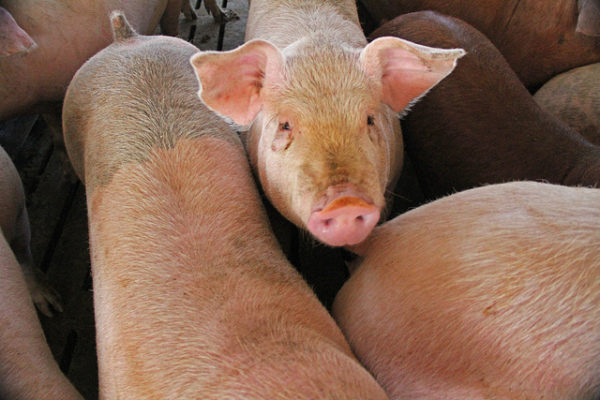 Earlier this month, a federal judge found the FDA’s treatment of petitions to ban antibiotics in animal feed ‘arbitrary and capricious.’ Federal Judge Theodore Katz chastised the agency for their failure to limit potential human health risks from widespread agricultural antibiotic use, saying the FDA has done ‘shockingly little to address these risks.’

According to a Business Week report,

The decision largely agreed with the arguments of several health and consumer organizations that sued last year, saying the FDA violated federal law by failing to withdraw approval of using penicillin and tetracyclines in animal feed when animal health is not at stake.

Katz said the agency must evaluate the safety risks of the drugs and make a finding that they are unsafe — or explain why it is refusing to do so.

Plaintiffs in the case include the Natural Resources Defense Council, the Center for Science in the Public Interest, the Food Animal Concerns Trust, Public Citizen, and the Union of Concerned Scientists. They sued over two citizen petitions, filed seven and thirteen years ago, urging the FDA to revoke approval for all nontherapeutic use of antibiotics in animal agriculture.

In a prior decision last March, Katz ruled that the FDA’s policy of reliance on industry volunteerism is insufficient to protect consumer health.

“Research has shown that the use of antibiotics in livestock leads to the development of antibiotic-resistant bacteria that can be – and has been – transferred from animals to humans through direct contact, environmental exposure, and the consumption and handling of contaminated meat and poultry products,” Katz said in that decision.

Avinash Kar, health attorney for the Natural Resources Defense Council, points out that in 1977 the FDA concluded that feeding animals low doses of certain antibiotics could lead to antibiotic-resistant bacteria capable of causing human health problems. Despite that conclusion, and despite laws requiring the FDA to act on its own findings, the agency has instead allowed the industry free reign regarding agricultural antibiotic use for the last 35 years.

Under that plan, the problem of agricultural antibiotic overuse (and correlative antibiotic resistance) has escalated dramatically over the last three decades.  According to the Union of Concerned Scientists,

…approximately 70 percent of all antibiotics used in the United States are given to healthy farm animals at low doses to promote faster growth and compensate for unsanitary living conditions– a practice that has increased over the past 60 years despite evidence that it breeds antibiotic-resistant bacteria dangerous to humans.

Based on an ever-expanding body of evidence, many health organizations have singled out agricultural antibiotic use as a major contributor to the rapidly growing problem of antibiotic resistance, in both animals and humans. These groups include the American Academy of Pediatrics, the American Medical Association, the Infectious Diseases Society of America, the Centers for Disease Control and Prevention, the Institute of Medicine of the National Academy of Sciences,  and the World Health Organization.

Following the ruling, FDA must heed the science and make a decision about whether feeding antibiotics to healthy animals is safe for human health. If FDA determines that such use is not safe, it must withdraw approval for the use of the antibiotics in animal feed. It is high time for FDA to stop making excuses and trying to dodge its responsibilities. Its mandate is a weighty one—to protect public health—and it’s time for FDA to start living up to that mandate.

This ruling forces the FDA to follow the law, and act to protect public health rather than industry profits. With so many health and science organizations leading the fight, and public awareness of the antibiotic resistance problem steadily growing, cautious optimism may be almost appropriate. There are so many areas where CAFO practices need scrutiny and revision; limiting antibiotic abuse is definitely on the list!

Like the pink slime debacle, the animal agriculture industry may find it difficult to continue obnoxious antibiotics practices under intense public (and legal) scrutiny.

The “specter of untreatable infections – a regression to the pre-antibiotic era – is looming just around the corner, if the drivers of antibiotic resistance, including the overuse of antibiotics in livestock, aren’t addressed.”