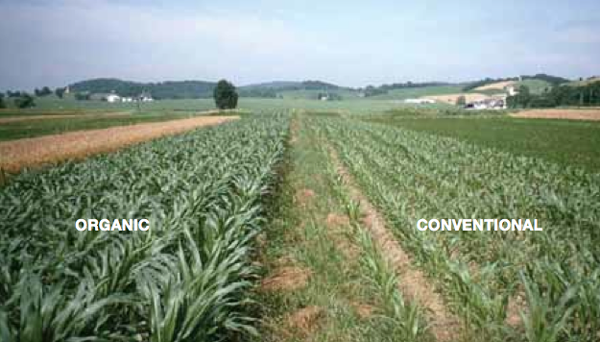 Climate change is about more than just hotter summers. As the world heats up, we’re also expected to see more extreme weather and increased incidences of drought. That presents challenges to the farmers producing our food, and according to research from the Rodale Institute, the answer may be organic farming.

According to Tom Philpott at Mother Jones:

…organically managed soils deal with water better—both in conditions of drought and heavy storms (the frequency of which is also expected to increase as the climate changes). Soil rich in organic matter (well-decayed remnants of plants and other living creatures) bolster soil in weather extremes by helping store water in times of scarcity and by holding together and not eroding away during heavy rains.

We can argue all day about whether GMOs are healthy for our bodies, but what the GMO debate really comes down to is feeding the world. This is a major argument that pro-GMO groups use, and studies like this one call that reasoning into question.

Rodale has been doing side-by-side testing of organic and GMO crops since the early 80s, and during times of drought they are finding that organics outperformed industrial farming techniques by 31 percent (you can check out the Rodale report (pdf) here). During times of more normal weather, organic and industrial yields were comparable.

GMO advocates often accuse folks who speak out against GMOs and industrial ag as being anti-science, but Rodale’s three decades of research looks like some pretty solid science to me.

Image via the Rodale report.