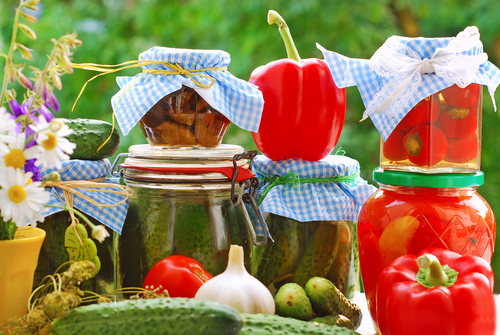 Cottage food, not to be confused with cottage cheese, is food produced in someone’s house, rather than in a commercial kitchen, and offered up for sale. You’d be most likely to find cottage food at farm stands and farmers markets, and several states are taking a second look at food regulations to decide whether they should loosen restrictions on homemade food. Think homemade pickles, cookies, breads, and cheeses.

Advocates of cottage food say allowing sales means more food freedom, and opponents worry about food safety. Let’s take a look at some of the cottage food rules in different states, and you can decide for yourself: what do you think is a fair way to regulate cottage food? Should it be regulated at all?

In Texas, the state legislature recently relaxed the rules on food sales, but some cottage food makers are opposed to some of the labeling requirements still in effect. They feel that asking home food-makers to list all ingredients on the label is way too much. When you buy a cookie at a coffee shop, for example, you don’t get to see the ingredients list.

Over in New Hampshire

A woman in Oklahoma has begun collecting signatures to allow cottage food sales from goods produced in unlicensed, uninspected home kitchens. The petition is online and already has over 2000 signatures.

From what I’ve read about cottage food laws, the main things they dictate are:

Given those variables, what cottage food rules seem reasonable to you?