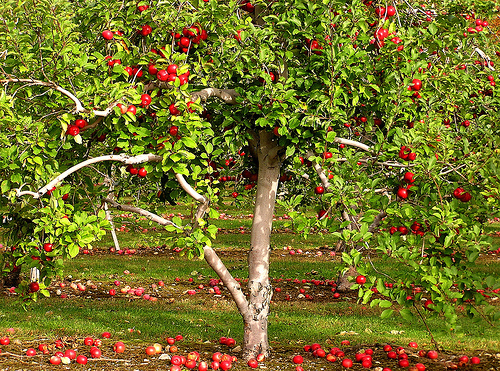 In his email, Kastel Said:

Recently, you published a commentary by Mr. Mischa Popoff, a Canadian who has made a career in attempting to undermine the credibility of the organic label while promoting his self-published work on the subject.

When The Cornucopia Institute, a farm policy research group, officially launched in April 2004, one of its primary issue areas was what it referred to as “The Corporate Attack on Organic Agriculture.”  At the time, Cornucopia’s focus was on the father and son team of Dennis and Alex Avery at the ultra-conservative Hudson Institute’s campaign to discredit organics.  Now, in 2011, after seven years of successfully exposing the genesis of Hudson’s ire, and greatly diminishing its effectiveness, a new generation of “Trojan horse” naysayers has emerged.

The latest attacks come from Mischa Popoff, a Canadian who purports to be an advocate for organics and is publicizing his self-published book entitled Is It Organic?  The author misses few opportunities to impugn the integrity of the organic label, or USDA oversight, while simultaneously defending biotechnology and the industrial agriculture system that organics seeks to replace.

“Addressing the potential damage from attacks by the Hudson Institute, and other right-wing think tanks such as the Hoover Institution, the Heartland Institute, and the Competitive Enterprise Institute, was relatively easy,” said Mark A. Kastel, Codirector at the Wisconsin-based Cornucopia Institute.  “Every rebuttal that we published, or preemptive media advisory we issued, was put into context by including the corporate agribusiness funding base for the work of these entities.”

Like the Averys, Popoff is a conservative ideologue, a global warming denier, an ardent critic of hybrid automobiles, and has suggested that the American mortgage crisis that precipitated the financial meltdown was caused by “overregulation.”  His book sold on his website is subtitled: The Inside Story of Who Destroyed the Organic Industry, Turned It into a Socialist Movement and Made Million$ in the Process, and a Comprehensive History of Farming, Warfare and Western Civilization from 1645 to the Present.

“Popoff calling the $30 billion organic industry a ‘socialist movement,’” says Cornucopia’s Kastel, “is akin to the fascist leaders in Germany, during the 1920s and ‘30s, referring to their movement as the National Socialist party. It’s Orwellian doublespeak.  Nowhere in the food industry have entrepreneurs and investors realized greater financial reward, with virtually no governmental funding, than in meeting the higher standards consumers are seeking by paying a premium for organic food.”

Popoff acted as an organic inspector a number of years ago.  He now challenges the propriety of organic accreditation and third-party certification by suggesting, echoing the Averys at Hudson, that “There is currently little proof of actual cleanliness, nutrition and fair play in the global organic industry.”  Popoff’s unsubstantiated claim is that 80-90% of organic food in North America is fraudulent and imported.

That’s not to say that Cornucopia doesn’t share some of Popoff’s concerns.  Popoff suggests that the entire certification process is without merit and should be replaced with a testing protocol for prohibited toxic chemicals.  “We think there is great merit in doing spot testing, as Congress required, and we have criticized the USDA for not having implemented testing until now, but it would be prohibitively expensive to test all farms and crops and would not substitute for other careful oversight protocols,” said Will Fantle, Research Director at The Cornucopia Institute.

Cornucopia, in its role as an organic industry watchdog, along with many other organic advocacy groups, supports the proposed new regulation recently published in the Federal Register (available for public comment until June 28).

“This is a scheme similar to how the Internal Revenue Service conducts audits,” added Fantle.  “Strategically conducted tests, and aggressive prosecution if willful violations are discovered, will surely act as a powerful deterrent.  I will add that there is no documentary evidence to believe that widespread fraud is currently occurring in the organic industry.”

It appears that Popoff pins his credibility to his role as an insider and organic supporter.  But even that is open to debate as he hasn’t actually done any organic inspections in years and has been inappropriately identifying himself as an “International Organic Inspectors Association (IOIA) Advanced Inspector.”

The Executive Director of IOIA, Margaret Scoles, says that she often gets calls and messages from people who are confused by Popoff’s claimed credentials.

“A recent message I received was signed, ‘Mischa Popoff, IOIA Advanced Organic Farm and Process Inspector’,” says Scoles.  ”I was surprised,” she adds.  “In 2008, I asked him to discontinue using the term because there is no such thing [Advanced Inspector].  He just made up the title.  We asked him not to use the IOIA name in any way to imply membership status with our association, but his continued use of our name on his website and in his emails still causes confusion.”

Popoff was an Inspector member of IOIA between 1998 and 2004, Scoles notes. But “he has never worked for us and has no affiliation with IOIA.”

Popoff’s political ideology comes through strong and clear in some of his writings (Click here to view a sampling in pdf format) and statements; his other website also exposes ultra-conservative views.

In addition to his suggesting that organics is some kind of socialist construct he has stated that, “Liberals destroy agriculture in B.C. [British Columbia]” and suggested that the liberal American financier George Soros is somehow financing an organic “bureaucracy” instead of substantive oversight.

“Mr. Popoff’s contention that the organic industry has some kind of socialist/liberal agenda is a gross misnomer,” stated Kastel.  “Support for organics cuts across all demographics with liberals and conservative suburban consumers, urbanites and rural farmers ranging from dreadlocked hippies to conservative Christians, Mennonites and the Amish.”

Like the Averys at the Hudson Institute he’s also attacked The Cornucopia Institute, suggesting that they have partnered with Soros and claiming that the organization’s largest funder is the farmer-owned cooperative Organic Valley (another one of Popoff’s targets in his book).

“Because Organic Valley CEO George Siemen doesn’t back his thesis to switch all organic oversight exclusively to testing he attacked Siemen and now is going after Cornucopia,” said Kastel.  “Interestingly, Popoff has also promoted a testing business that would directly benefit from this recommended approach.”

“By trying to tie all of his favorite villains together Mr. Popoff discredits himself, and leaves all of his statements open to question,” noted Kastel.  “Not only is Organic Valley not our largest funder, we do not receive any financial support from the cooperative, or from Mr. Soros, and fully stand by our independence as an organic industry watchdog,” Fantle affirmed.

Almost no element in the organic farming movement has been spared attacks on its credibility by Popoff.  One of the certifiers impugned, OCIA International, responded to what they referred to as “false statements about our organization and organic certification in general.”

“We would like to set the record straight.   On a YouTube video Mr. Popoff states that there are no unannounced inspections performed on certified organic farms.  This is untrue and is covered in the NOP Final Rule and also in the OCIA Standards.”

The USDA organic regulatory language includes: Additional inspections may be announced or unannounced at the discretion of the certifying agent or as required by the Administrator or State organic program’s governing State official.  And the contract OCIA, one of the original nonprofit certifiers predating the USDA, has with its farmers and processors reads:  The inspector shall have the right to make unannounced visits, take samples, and require residue tests.

“We take our responsibility to follow up on any questionable activities in organics very seriously,” said OCIA President Peggy Linzmeier.  “Mr. Popoff’s fictitious stories, challenging the credibility of the organic label, are injurious to all the farmers and organizations in this industry that are acting with high integrity.”

Although his material has primarily appeared on what has been referred to as the “echo chamber” of conservative websites, Popoff has developed an extensive database of e-mail addresses in the organic industry.  “Either he’s had tremendous financial support in his data mining efforts or he’s personally invested countless hours in developing this electronic mailing list,” stated Fantle.  “If it weren’t for this level of outreach, we would probably entirely ignore his rantings, which all too often grossly distort the facts.”

Research indicating organics’ nutritional superiority, and demonstrably lower level of exposure to agrichemicals, antibiotics and hormones, can be found on Cornucopia’s website or that of the Organic Center.

“Whether it is research conducted by the USDA, Consumers Union, publisher of Consumer Reports Magazine, or numerous peer-reviewed journals, there is considerable scientific back-up for the faith consumers have in the ethical approach organic farmers have taken,” added Kastel.  “Mr. Popoff’s claims to the contrary just don’t hold water.”