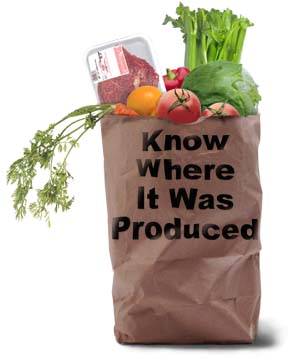 On September 30, 2004 the U.S. Department of Agriculture (USDA) issued an interim final rule for the mandatory Country of Origin Labeling (COOL) program for fish and shellfish as required by the 2002 Farm Bill. On November 10, 2005, President Bush signed Public Law 109-97, which delayed the implementation for all covered commodities except wild and farm-raised and shellfish until September 30, 2008.

Under the interim final rule, fish and shellfish covered commodities must be labeled at retail to indicate their country of origin and method of production (wild and/or farm raised). However, covered commodities are excluded from mandatory COOL if they are an ingredient in a processed food item.

First, let me say that I am flabbergasted that the twice delayed IFR implementation of the remaining COOL items actually came into being. Traceability is a major concern and I believe, one way of helping to manage food security and food safety issues. Call it a good first step. The real problems with COOL are that it doesn’t seem to be working and it doesn’t go far enough .

According to AMS records regarding its 2007 audits of retail stores,

32% is a great hitting percentage in baseball but “kind of sucks” for a program that concerns our safety, health and financial well being.

Now, I’m not a proponent of more government regulation but just knowing where commodities come from isn’t enough. Apparently, I;m not the only one. A survey, conducted by the Consumer Reports National Research Center, polled a nationally representative sample of 1,004 people on issues concerning food safety and labeling. Consumers indicated that they expect more from labels than the current standards.

I believe that we are not going to get more detailed information unless we ASK! Opponents of COOL legislation and implementation have long argued that COOL is far too expensive and unnecessary. But as a letter to congress from Americans for Country of Origin Labeling stated:

Recent cases of foodborne illness from imported food and the discovery of a case of mad cow disease in Washington State that was traced back to Canada only reinforce the need for consumers to be able to accurately identify the source of their food.

Per usual, it’s going to be up to us.

For example, the seafood and shellfish regulations don’t tell us:

Just imagine if we had true traceability. To quote a song by Bob Thiele (using the pseudonym George Douglas) and George David Weiss, “What a wonderful world it would be be.”