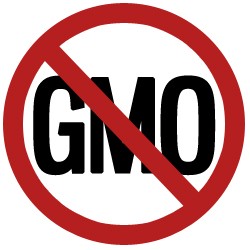 There have been numerous studies conducted showing that genetically engineered crops are not safe for us or for our environment and that they potentially threaten the future of our food chain. All of the European Union (EU), and many other countries around the world, have instituted either serious restrictions or bans on the use of GMOs. All EU countries require genetically engineered ingredients to be labeled.

The story in the Unites States is very different.

Both the EPA and the FDA – two of the governmental bodies responsible for protecting the health of our communities – have been lax in this area. The EPA currently has no enforcement mechanisms in place for testing GE foods and the FDA approved the commercial production of GE food based on studies conducted by the very companies who created them and who stand to profit from their sale.

The soybean is a valuable plant source of protein and oil and is one reason why WholeSoy uses soybeans as the base ingredient in everything we make. Unfortunately, soybeans are also one of the most genetically engineered crops in the world. According to the USDA, in 2009, 91% of the soybean crop in the United States was genetically modified and the numbers for cotton, corn and canola were not much different.

Food manufacturers are not currently required to disclose the use of genetically modified ingredients on their packaging. WholeSoy believes that consumers should have the information they need to make informed decisions about what they buy for themselves and their families. We are dedicated to the well being of the planet as a whole and do not subscribe to the theory that biotechnology and chemical companies know what is best for our environment and us.

WholeSoy & Co. is an independent, family owned and operated company with a passion for a healthy planet and organic soyfoods free of genetic modification. WholeSoy & Co. makes delicious soy yogurt made from U.S. grown organic soybeans and was the first soy yogurt on the market to be verified non-GMO!