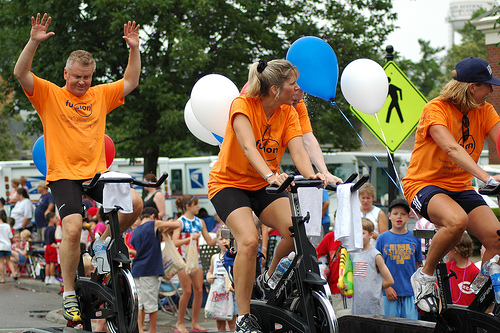 The 2011 County Health Rankings look at various factors that impact community health. Each county was ranked against other counties in their state. How does your county rank?

County rankings tell us that where we live matters to our health. Typically, urban counties are the least healthy because of higher poverty rates and lack of access to healthy foods. On the other hand, suburban counties often have much lower rates of smoking or general mortality, but higher rates of pollution due to the car culture we have in the United States.

The Robert Wood Johnson Foundation and the University of Wisconsin Population Health Institute put together this data set to help people and organizations identify areas of concern.

How Are the County Health Rankings Measured?

The rankings look at three factors that indicate a community’s health: programs and policies, health factors, and health outcomes.

Programs and policies include the physical environment. Things like parks and other recreational facilities, neighborhoods with sidewalks, streets with bike lanes, shopping areas where people can walk to different stores can all add up to a healthier community.

Health factors include social and economic factors (although that has quite a bit of overlap in “programs and policies”), clinical care, and health behaviors. Access to health care and availability of healthy foods can have a huge impact on a person’s health.

Health outcomes looks at length of life and quality of life. Quality of life is measured through the general health of the citizens.

How to Use the County Health Rankings

Go to the County Health Rankings web site and click on your state.  A map of the state will show up with counties coded by color. The lighter a county is, the healthier the community. The darkest green counties are the least healthy of the state.

Mouse over the counties to see their ranking. The higher the number, the lower the ranking. The number one is the healthiest county in the state.

Click on a county to see how it ranks against other counties in the state in each of the individual measurements. At that point, you can also click on the measurement to see a description of what the measurement encompasses.

What Have Counties Done as a Response to the County Health Rankings?

The rankings can be used as a wake-up call to the general health of a community. 2010 was the first year the rankings were released. Some counties and communities stepped up immediately.

Wyandotte County, Kansas has formed several plans to improve their community health. For example, Mayor Joe Reardon has started a program so that when planning new streets, the community takes into account how the community is connected and how they can improve the health of citizens. They include bike lanes and mass transit as well as making the roads useful for cars.