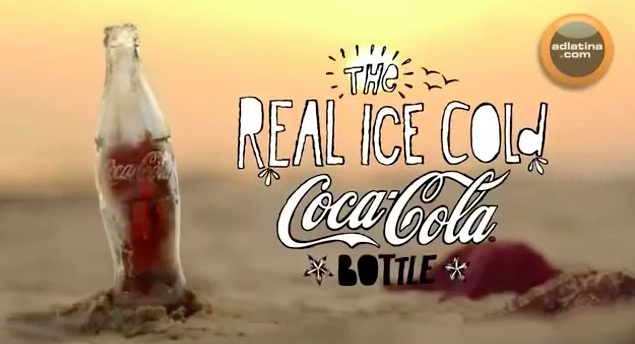 Just when I thought beverage companies were all bad, bad, bad, I read about Coca-Cola’s new environmentally friendly bottles made from ice.  Yes, that’s right, Coke has launched an ice bottle “actually made of ice.”

The bottles are being marketed as “eco-friendly” with an ad that is chock full of bikinis and six-pack abs and declares: “No bottles were left in the trash, or on the beach either. No trace, except for the happiness it leaves behind.” Check it out:

According to the Coca-Cola website, Coke is being served in bottles “actually made from ice” at beaches in Columbia, South America. “The frozen vessels are true to their glass counterparts, keeping with Coca-Cola’s uniquely shaped contour bottle that includes the iconic Spencerian script lettering etched in ice.”

This is what we know about the ice bottle:

I would love to see ice bottles come to the United States. Whether ice bottles are actually a truly sustainable alternative to disposable single-use bottles remains to be seen. But, at least Coca-Cola is trying.