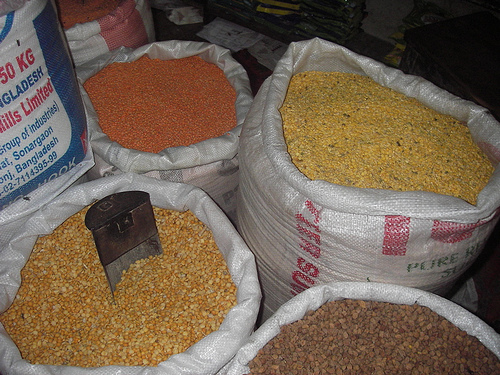 But new evidence suggests that climate change is already putting the safety of our food at risk, and that things are only going to get worse.

According to experts at this year’s American Association for the Advancement of Science Annual Meeting, when food becomes scarce, people consume more unsafe foods. For example, in areas where climate change has decimated food resources, illnesses associated with mycotoxin molds are becoming more prevalent as people try to stretch their meager food supply over longer periods of time.

The researchers pointed to several other examples of how climate change is negatively affecting food safety. One is Vibrio, a bacteria that contaminates oysters. Although the pathogen is normally found in warm ocean water, it is becoming increasingly common farther north as ocean temperatures rise. In 2004, there was a Vibrio outbreak in Alaska that caused thousands of people to get sick with diarrhea and gastroenteritis.

At the same time, elevated temperatures are causing more toxic algal blooms that sicken people via contaminated seafood. Global warming is also thought to be contributing to an increased prevalence of emerging zoonotic diseases that can be transferred from livestock to humans.

The experts warned that unless climate change is confronted, food will become less and less safe.