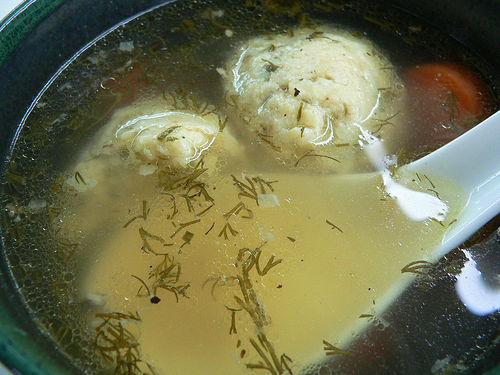 Every other recipe calls for chicken stock, but anyone using store-bought cans or soups of it is missing out on the wholesomeness and richness of the real thing. Moreover, store-bought chicken and beef stock use animals raised in CAFOs, or Concentrated Animal Feeding Operations, the bane of animals, the entire world’s meat industry, our environment, and our bodies.

Don’t be fooled by claims of “free range chicken” and “vegetarian diet fed beef.” The FDA has deemed that “free range” can (and usually does) mean that tens of thousands of chickens were crammed in a filthy warehouse for 5 of their 7-week-long life. They are overfed and loaded with hormones so they fatten beyond the strength of their legs, which allows them to barely move, let alone venture outside the single, tiny door out of the warehouse into their “yard.” Even if they could, these chickens would hardly want to; their natural environment is a shady area safe from wind, sun, and predators, so they have no desire to spend any time in the sun-bleached, muddy, wind-prone “yard.” As long as that little door exists—even if the chickens don’t use it—the FDA allows it to be labeled “free range.” Even organic farmers are to blame: because they can’t give their chickens antibiotics, they make it inconvenient for the chickens to go outside (for fear they might come back with bacteria on their feet) by using a tiny, barley noticeable door.

Moreover, as jam-packed as they are, the chickens peck and mutilate each other to the point that “free range” farmers must pick up entire wheelbarrow-fulls of dead chickens every morning. To this end, the FDA also allows the cutting off of baby chicks’ beaks and claws and also the mindless slaughtering of millions of male chicks a day, as they are without use in the farming industry.

Conditions for future-steaks are no better. Cows are natural ruminants—they eat grass, not corn—and yet they are stuffed with corn, grain, and other things that make it into their feed (including but not limited to animal blood, waste, and chicken bedding and, inevitably, their feces). In fact, cows cannot survive any longer than they are given time to be slaughtered—their livers would simply give out. All of this is done in the name of low-cost production. Corn is cheaper than grass for so many cows, and housing them in nose-to-rump quarters is easier than herding them left and right.

CAFOs also harm our environment—the waste created by grain-fed beef is so toxic that farmers nearby want none of its fertilizer. This waste ends up in a cesspool found outside any CAFO. Animals like fish living in this lake of waste often mutate, if they even survive.