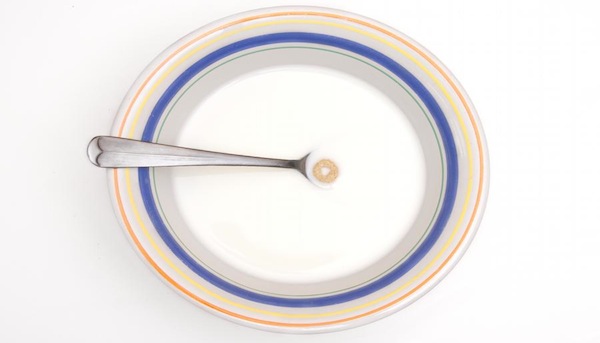 Within the span of three weeks, two of the top-selling conventional cereal brands—Cheerios and Grape-Nuts—made the announcement that effective almost immediately, their flagship cereals are GMO-free.

These are victories. Of course. But aren’t they also just slightly confusing?

What’s really behind Cheerios and Grape-Nuts move to go GMO-free?

Both Cheerios and Grape-Nuts are members of the Grocery Manufacturers Association, which has come out against GMO labeling in two recent campaigns: Prop 37 in California  (2012) and I-522 in Washington (2013).

The GMO labeling campaigns, which had rallied a lot of press, voter support and funding, were narrowly defeated in both states. The losses were heartbreaking to the pro-labeling community. Because they weren’t bans or restrictions, and because consumer polls have found overwhelming support for GMO labeling, hopes were high. With more than 60 countries around the world already banning or requiring labels on GMOs, the pro-labeling communities in progressive states (CA & WA) felt a victory was inevitable.

The Grocery Manufacturers Association, and its members, along with the biotech industry, poured tens of millions of dollars into defeating the GMO labeling bills by citing research (that they funded) as proof that label bills would create economic disasters. The anti-labeling pitch never even directly mentioned GMOs, environmental or human health risks. The campaign rested on a myth that updating food labels would send the states into a food crisis. Farmers would be out of work and taxes would be outrageous.

But, apparently, cereal is a different story.

After Prop 37’s very narrow defeat, Green America launched the GMO Inside campaign, which took off running with its first campaign, against Cheerios. A year later, General Mills announced the original Cheerios would now be GMO-free. It seems like a straight-up victory.

While many cereals are hotbeds of GMO ingredients like corn and soy, Cheerios is oat-based. There are currently no GMO oats in production in the U.S. So, a few tweaks are all that were required to turn that formula into a GMO-free option. Similarly with Grape-Nuts, which is a wheat-based cereal. Both brands have not announced tweaks to the other flavors in the respective product lines, because they include too many GMO ingredients to replace.

Is the GMA having a change of heart over GMOs?

Cereal prices have been rising for decades. Between 1983 and 1991, they rose an astonishing 71 percent. And they’re expected to rise again in 2014 due to wheat price increases. With Americans now focused on eating healthier, paying a premium for a cereal that fits that definition is appealing, even if prices are on the rise.

And how many Cheerios do you want to bet that the GMO-free move was sparked more by a need to stay relevant in a competitive market than out of a genuine interest to label GMOs?

In fact, it’s more likely that come next GMO-labeling initiative, one of the tools in the GMA’s “no” campaign will be to point at Cheerios and Grape-Nuts and whatever other cereal brands declare their non-GMO status. Their argument will sound a little something like: “Why push a mandatory label law forward when brands are voluntarily doing the work already? This is cheaper, dear taxpayers.”

Who doesn’t love voluntary labeling? Don’t we want transparency in our food system? Of course we do. But this is far from it. If we’re to follow Cheerios and Grape-Nuts down the rabbit hole, then states and federal GMO labeling laws will never happen. Instead of mandatory labeling, with defined parameters, we’ll end up with a sugar-coated self-regulated system that’s about as healthy for you as the average breakfast cereal. In the long run, we’re much better off with tangible labeling laws instead of voluntary proclamations, just like we’re better off with a wholesome breakfast made in a kitchen, not a factory.