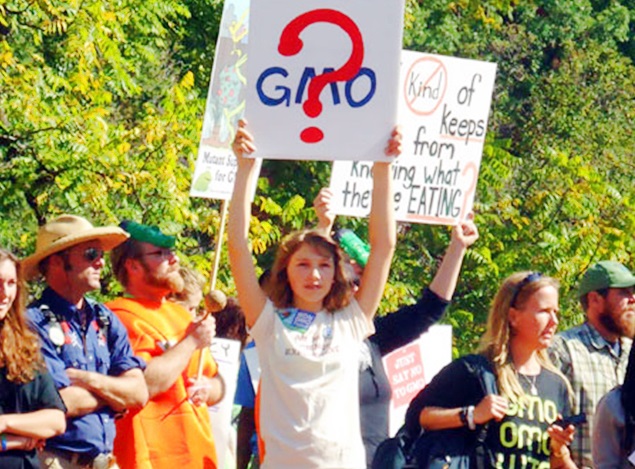 This Earth Day, put your actions where your mind is — join honk-and-wave protests across the country, to demand corporate accountability in food labeling — boo, Kellogg’s! — and raise awareness about GMOs.

History’s jury is in: organized grass roots efforts change the world! Fully aware of that powerful fact, GMO Free USA plans massive coordinated protests across the nation on Earth Day weekend. The organization’s mission is to take the GMO labeling issue directly to food manufacturers — starting with one of the ‘heaviest users,’ Kellogg’s.

… on Earth Day, which is April 22nd — or the weekend prior to that — we’re going to be doing nationwide Kellogg’s demonstrations on the ground around the country, in every state… This is a great opportunity for us to come together and collectively make our voices heard, and let them know we’re not buying it anymore! (Listen to the full interview here.)

Support GMO labeling, demand corporate accountability, and lend your voice to the food revolution: find demonstrations near you this weekend by visiting www.gmofreeusa.org — then share what you find with your family, friends, and neighbors!