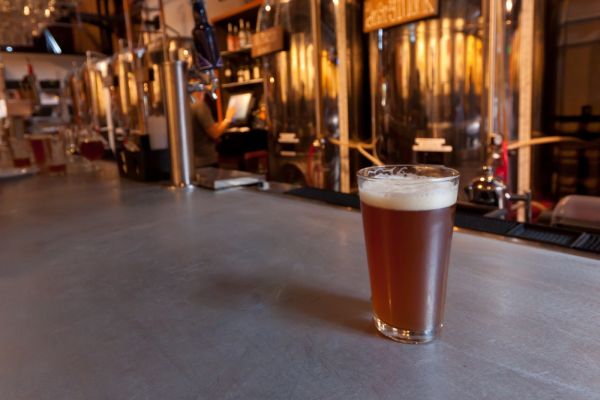 Celebrate American craft beers this week with any of several events around the nation. Or have a tasting of your own. Drinking beer, I’ve heard, is the second happiest thing you can do.

The Brewers Association defines a craft brewer as “small, independent, and traditional”. A brewer that brews less than six million barrels of beer each year is considered small. Independent means that less than 25% of the brewery is owned or controlled “by an alcoholic beverage industry member who is not themselves a craft brewer”. Traditional refers to the volume of malt beers or beers made with adjuncts that flavor the brew. This video from the Brewers Association explains in a little more detail.

Craft brewers make their beers in smaller batches than the major breweries. That means they are more free to experiment with different flavors and styles, such as seasonal fruits and vegetables or rainwater.  Discovering a new favorite flavor is a lot of the fun of trying craft beers.

97% of breweries in the U.S. are craft brewers – nearly 2300. Only 10% of beer sales come from those breweries. Show your local brewers some love this week by buying some of their beer. Many events and tastings around the nation are planned this week. Check this calendar to find one near you.