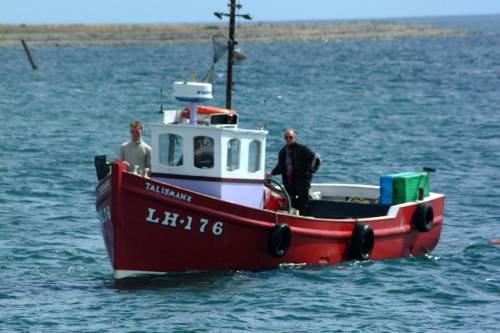 Cape Cod has been on my mind a lot lately. I’ve just finished Anthony Bourdain’s Kitchen Confidential, which included a vivid depiction of the Provincetown restaurant scene. As a childhood frequenter of the Cape, I have fond memories of eating my way up and down the elbow. The fried clam shacks, Portuguese fish stews and fresh lobsters are essential pieces of the landscape, inspired by a strong and historical tradition of living off the sea. To eat on Cape Cod is to understand how food informs culture and strengthens community.

An entire army of day fisherman have, for decades, gone out into the deep green Atlantic, returning at dusk with enough fresh cod, haddock and bass to support a family. Beginning in the 1500s, Portuguese fishermen from Cape Verde and the Canary islands set up fishing shacks to take advantage of the rich summer months (and the Kennedys thought they were the first to summer on the Cape…) Eventually, these fisherman began to make their permanent homes along this stretch of New England coast as they discovered the abundance of year-round fish stocks.

But now, despite its decidedly nautical culture, the Cape is suffering from a deficiency of fish. According to an article in the New York Times, any menu featuring day boat cod from the area is, in the words of one quoted fisherman, engaging in “a harmless bit of false advertising.” Instead, long expeditions to Georges Bank – a fishing area frequented by fisherman from all along the northeastern seaboard – are the only fishing trips yielding a catch. Day boat fisherman expect the cod to return in June, but their reduced presence is troubling.

My first reaction to this news was to condemn the fishermen. If there are fewer fish in the water, it is their fault, right? But the day boat fisherman have been fishing near Cape Cod for over 500 years. Day boat fisherman are not the problem – big commercial ventures are. And it is these commercial ships that do not suffer in times of scarcity: they have the resources and budget to get out to Georges Bank, to continue their overfishing. Meanwhile, the sustainable fishermen – the ones who have built a symbiotic relationship with the marine population for centuries – slowly go out of business.

This is not the fishing industry that I want, culturally or politically as well as environmentally. Small farmers are not the only independent food suppliers who need our support. We need to pressure governments to legislate a reasonable catch quota for the big ships so that we can preserve fisheries and the distinct cultures that surround them.