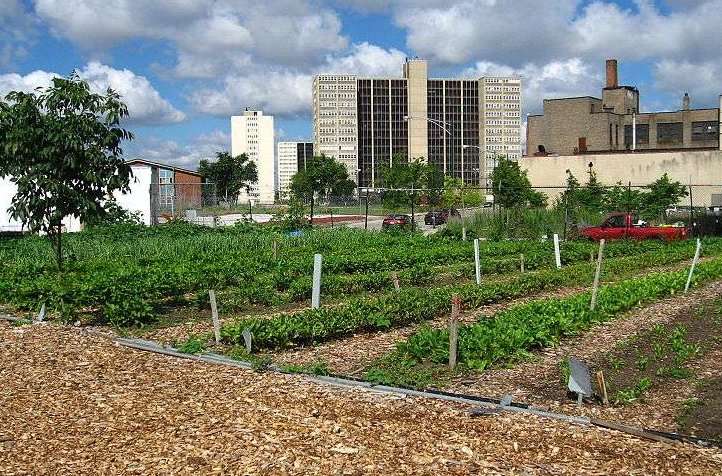 A recent article by Fortune highlighted the well known social and economic woes of Detroit and also proposed a unique solution to try to heal the Motor City – farming.  A financially well off Detroit resident, John Hantz, has proposed a radical idea to purchase large tracts of vacant, run down houses, remove the rotting houses, and return the land to productive agriculture use by creating a for-profit farm operation.

Creating a farm of this size would make it the largest of its kind in the country, and Hantz believes it could help the city by restoring tax delinquent and blighted properties to a state of agricultural and economic productivity.  Farms located within the city would also supply farm fresh produce to local markets and restaurants and provide desperately needed jobs to Detroit residents.

A pilot project, a 50 acre farm on the East side of Detroit, is scheduled to break ground this spring.  Eventually the project could consist of several farms within the city limits, each up to 300 acres in size, and employing high tech farming techniques like hydroponic and aeroponic growing, as well as greenhouses heated by active composting piles.  The hope is to start with crops like peaches, berries, plums, nectarines, heirloom tomatoes, and edible greens, and expand their offerings once the program is established.

John Hantz is a wealthy Detroit area resident, he made his fortune by founding his own asset management firm, who grew saddened as his daily commute took him past run down houses and fallow empty lots.  He has committed $30 million of his own money to the project and is hoping to secure additional monies to purchase land within the city.  Time will tell if the project is successful, and though there are already many small urban gardens in the city of Detroit (more than 900 according to the Detroit Agriculture Network), the pilot project alone will easily be the largest farm in the city.

For more information on urban life and food, you should read Becky’s article How Food Shapes Our Cities.