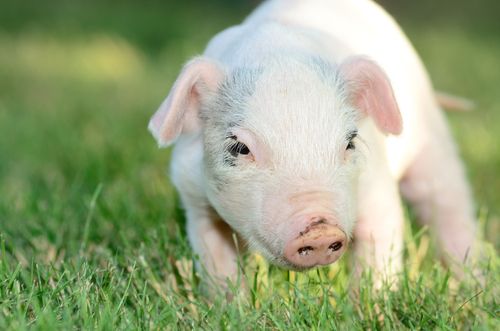 The University of Guelph in Canada announced they are calling it quits on the Enviropig. Genetically modified pork doesn’t seem to have found a market.

Enviropig was developed to reduce the amount of phosphorus excreted by the pig. Normal pigs are unable to digest much of the phosphorus in grains and it ends up in their manure. When the manure is sprayed on fields, phosphorus builds up in the soil. Eventually, rains wash the excess phosphorus into rivers and seas where the phosphorus contributes to algal blooms.

However, a feed supplement in the diet of ordinary pigs can also reduce the amount of phosphorus in their manure. This feed supplement has gotten cheaper in recent years, minimizing any financial advantage the genetically modified pigs might have had.

The big reason for ending the project, according to Ontario Pork, the hog farmer organization that had supported the research, was the lack of a market. Consumers polls consistently report that people don’t want to eat genetically modified foods. The pork industry seems to be listening. Even factory farming giant Smithfield Farms refuses to sell meat from genetically modified animals.

It’s good that corporations are listening to the wants of their customers. It’s how the free market is supposed to work. However, there are no GMO labeling laws in the United States. If somebody wanted to bring these pigs to market, the research is already done and the FDA is much of the way through the approval process. It wouldn’t take long to get this pig to market and there would no way of knowing which pork was GM and which wasn’t.

Contact your senators and representatives in the U.S. Congress and let them know that you want genetically modified food labeled.