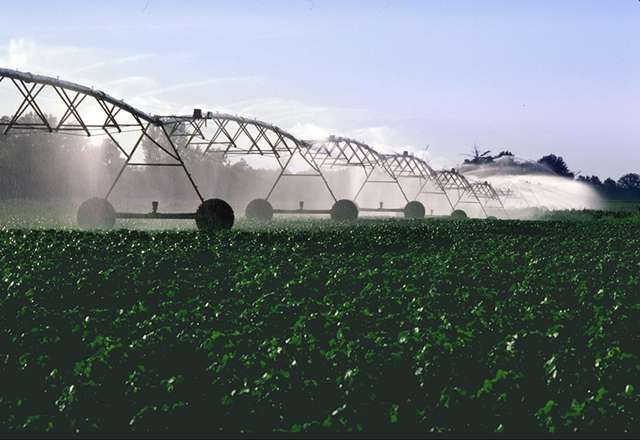 Despite recent rains throughout the state, California has recently instituted water restrictions to many farms in the San Joaquin Valley, the agricultural epicenter of the nation.  In fact drought conditions are already so severe that they have forced authorities to eliminate all water for agriculture in California’s San Joaquin Valley for three weeks beginning March 1st.  This might not be troubling if it wasn’t happening so early in the year.

The impact on the people and economy of the state could also be severe.  The Department of Water Resources has stated in relation to the water crisis in California.

“The drought could cause an estimated $1.15 billion dollar loss in agriculture-related wages and eliminate as many as 40,000 jobs in farm-related industries in the San Joaquin Valley alone, where most of the nation’s produce and nuts are grown.”

Read here for the full Associated Press article on the anticipated drought and its effects.

“So what?”, you may be thinking, “I don’t even live in California, who cares?”  It is indeed a big deal.  Beside the economic impact and job losses estimated above, you may already know that California grows a huge amount of the nations fresh fruits and vegetables.  But did you know the magnitude of those numbers?  Over 90% of nectarines and plums and 60% of peaches (see figures here) are grown in California, and the San Joaquin Valley, in the center of the state, is the primary source of tomatoes, almonds, grapes, cotton, apricots, and asparagus for the entire United States.

This situation is certain to cause prices increases in the aforementioned produce at your local supermarket, as well as manufactured foods that use them as inputs.  Over the short term this could cause price increases as soon as summer and may have a longer term impact on fruit and nut trees as farmers are unable to maintain orchards due to lack of water.  This is a situation where patronizing your local farmers market and growing your own fruits and vegetables at home will hopefully marginalize or eliminate the financial impact of these price increases on you.

The drought problem is also affecting the non-agriculture water situation as well.  In San Diego, water rationing is anticipated to begin city wide on July 1, as reported a few weeks ago by the San Diego Union Tribune (full article here).  Southern California has long lived in the shadow of drought and water restrictions as shrinking supply from Northern California and the Colorado River are divided by increasing numbers of people.  Conservation of water will become in increasingly important topic in the days to come.

Here’s some other information on not conserving water at Starbucks, as well as a great book review of the coming water crisis in North America.