Sippy cups made with BPA free plastic are no safer than any other sippy cup. The reason? The chemical used to replace BPA is also an endocrine disruptor. 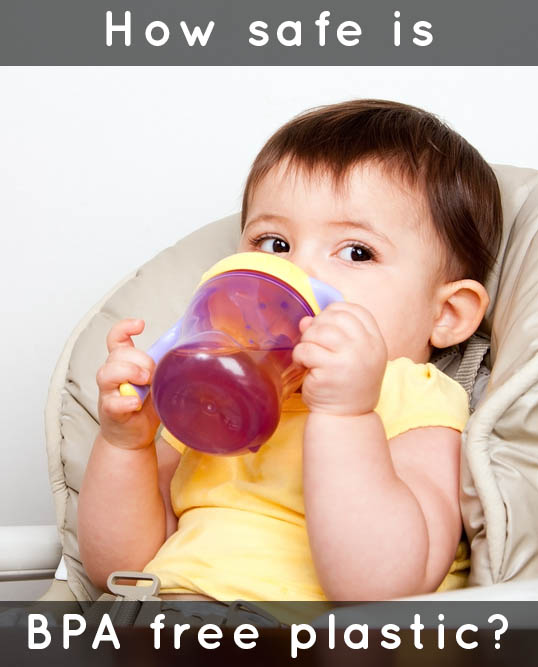 In a finding that should surprise no one, it turns out that the replacement for BPA used in “BPA-free” plastic — BPS (Bisphenol S) — is itself involved in reproductive system disruption and altered embryonic development.

The new finding (which has been expected by anyone who have been paying any attention at all) was the result of new work done by researchers at UCLA. The marketing of “BPA-free” plastic as a “healthy” option has never rang true, so this shouldn’t really surprise anyone — but then how many people really pay attention to things like this? Why anyone would assume that the replacement of one compound with another that is extremely similar to it would be “healthier” is a strange and open question.

“Companies advertise “BPA-free” as a safer version of plastic products ranging from water bottles to sippy cups to toys. Many manufacturers stopped used Bisphenol A to strengthen plastic after animal studies linked it to early puberty and a rise in breast and prostate cancers.

“Yet new UCLA research demonstrates that BPS (Bisphenol S), a common replacement for BPA, speeds up embryonic development and disrupts the reproductive system. Reported in the February 1 edition of the journal Endocrinology, the animal study is the first to examine the effects of BPA and BPS on key brain cells and genes that control the growth and function of organs involved in reproduction.

“Using a zebrafish model, Wayne and her colleagues found that exposure to low levels of BPA and BPS — equivalent to the traces found in polluted river waters — altered the animals’ physiology at the embryonic stage in as quickly as 25 hours.”

“Our study shows that making plastic products with BPA alternatives does not necessarily leave them safer,” stated senior author Nancy Wayne, a reproductive endocrinologist and a professor of physiology at the David Geffen School of Medicine at UCLA

“Egg hatching time accelerated, leading to the fish equivalent of premature birth. The embryos developed much faster than normal in the presence of BPA or BPS.”

“Using fluorescent-green protein tags, the researchers tracked the fishes’ development of reproductive endocrine brain cells, which control puberty and fertility. In a second finding, the team discovered that the number of endocrine neurons increased up to 40 percent, suggesting that BPA overstimulates the reproductive system.

“Wayne suspects that overstimulation of the neurons that regulate reproduction could lead to premature puberty and disruption of the reproductive system. Her lab plans to investigate this question in a future study.”

“Our findings are frightening and important,” continued Wayne. “Consider it the aquatic version of the canary in the coal mine.”

As premature births have been on the rise in the US (and elsewhere) over the last few decades, the findings are worth taking note of.

“If BPA is impacting a wide variety of animal species, then it’s likely to be affecting human health. Our study is the latest to help show this with BPA and now with BPS.”

“BPA can leach into food, particularly under heat, from the lining of cans and from consumer products such as water bottles, baby bottles, food-storage containers and plastic tableware. BPA can also be found in contact lenses, eyeglass lenses, compact discs, water-supply pipes, some cash register and ATM receipts, as well as in some dental sealants and composites. The US and Europe were expected to manufacture more than 5 million tons of products containing the additives in 2015.”