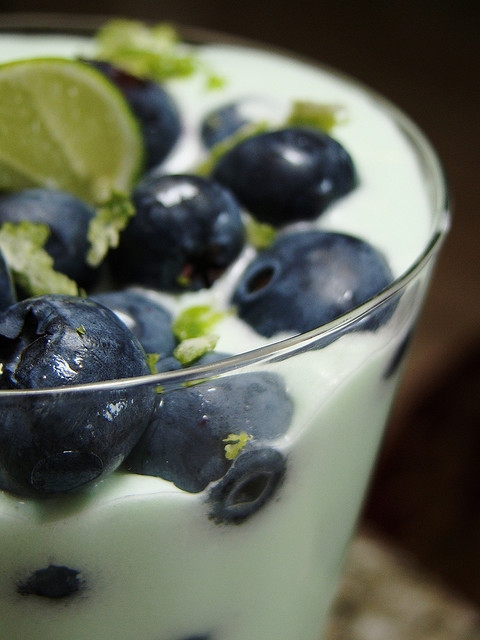 Cottage cheese legs.  Orange peel skin…pretty much every woman on the face of the planet knows what cellulite is and knows that they don’t want it.

The good news is that my favourite food, blueberries, may be able to help!

Despite what cosmetic marketers want you to think, there’s nothing special about cellulite.  It’s just fat.  Every woman has fat.  The average body fat percentage of women is about 20-30%.

Cellulite is the description given to the appearance of fat that has become dimpled, much like the surface of an orange peel.  This can show through skin, particularly where it is thin, like on the hips and upper thighs.

As much as 80% of women report cellulite, while it is rarely seen in men…probably a result of the differing distribution of fats and the structure of tissues between women and men.  The exact cause of cellulite is not known, but is thought to be related to genetics, stress, hormones…and of course, diet. However, it seems to show up in some women more than others.

How do blueberries affect cellulite?

Sadly, not as directly as you would like to think, according to a new study, but read on…

Blueberries are loaded with antioxidants, particularly polyphenols. These help neutralise free radicals, which can wreck havoc on the body.  Free radicals are responsible for everything from aging to cancer.

They also appear to help keep the body from forming fat tissue. In the study conducted at the Texas Women’s College, subjects who had more polyphenols produced less fatty tissue than those in the control group.

There is still a lot of research to be done, but it certainly suggests that blueberries may be a good food to eat to help control fat accumulation – and thus, cellulite, since it is nothing more than fat.

The study didn’t examine blueberries specifically, but since blueberries are good for you in so many other ways, it certainly can’t hurt to try.

The best peer-reviewed resource ever made, Wikipedia.